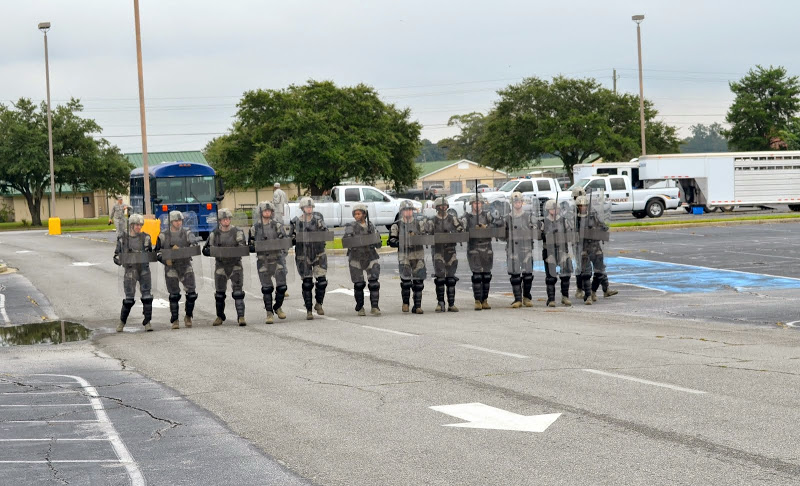 The Mobile Field Force originated in 2004 during the G-8 summit held in Coastal Georgia. It included five platoons of officers chosen to protect the city and maintain order from potential protesters. Savannah avoided the disruptions and destruction other U.S. cities faced during such summits. The primary duty of a Mobile Field Force is to protect the rights of all people to exercise their constitutional rights to free speech and protest and to address and quell any disorder from unlawful protests. Secondly, officers are deployed to cope with large crowds, loud noises and violence.

One permanent Mobile Field Force platoon of volunteers was established in 2007. Alpha Platoon, or “the A Team,” maintains a high level of training, equipment and readiness to address any public disorder situation. Officers from the A Team have assisted other police agencies to form and train their field forces and have assisted the Army during preparations for domestic missions involving natural and man-made disasters that require the special skills required to confront groups of disruptive people.

Approximately 50 officers are assigned to this unit, with at least as many more who have been members and who can be recruited in an emergency situation. These officers routinely function in many different divisions within SPD.

The Savannah Police Mobile Field Force has primary jurisdiction in the City of Savannah. It is also available to assist any agency or location within the state of Georgia via interdepartmental Memorandum of Understanding and approval of the Chief of Police. Mobile Field Force has trained with Georgia Port Authority Police, Chatham County Sheriff’s Office and Georgia State Patrol, to name a few.

The Mobile Field Force was included in securing the parade route during the inauguration of President Barack Obama in January 2009. Its officers also work long hours each year handling huge crowds during the annual St. Patrick’s Day Parade and Festival, the Rock and Roll Marathon and during other large events. In a natural disaster, these officers would be in the first wave of officers returning to Chatham County.

All officers of Mobile Field Force are trained extensively in control of large crowds through a variety of methods including verbal de-escalation, well executed maneuvers, and use of hands and weapons to include less lethal and gas munitions.

Mobile Field Force has a large truck and trailer with which to transport gear to any incident. Additionally, the unit has a variety of weapons and protective gear to include batons, shields, helmets, gas masks and protective padded gear.