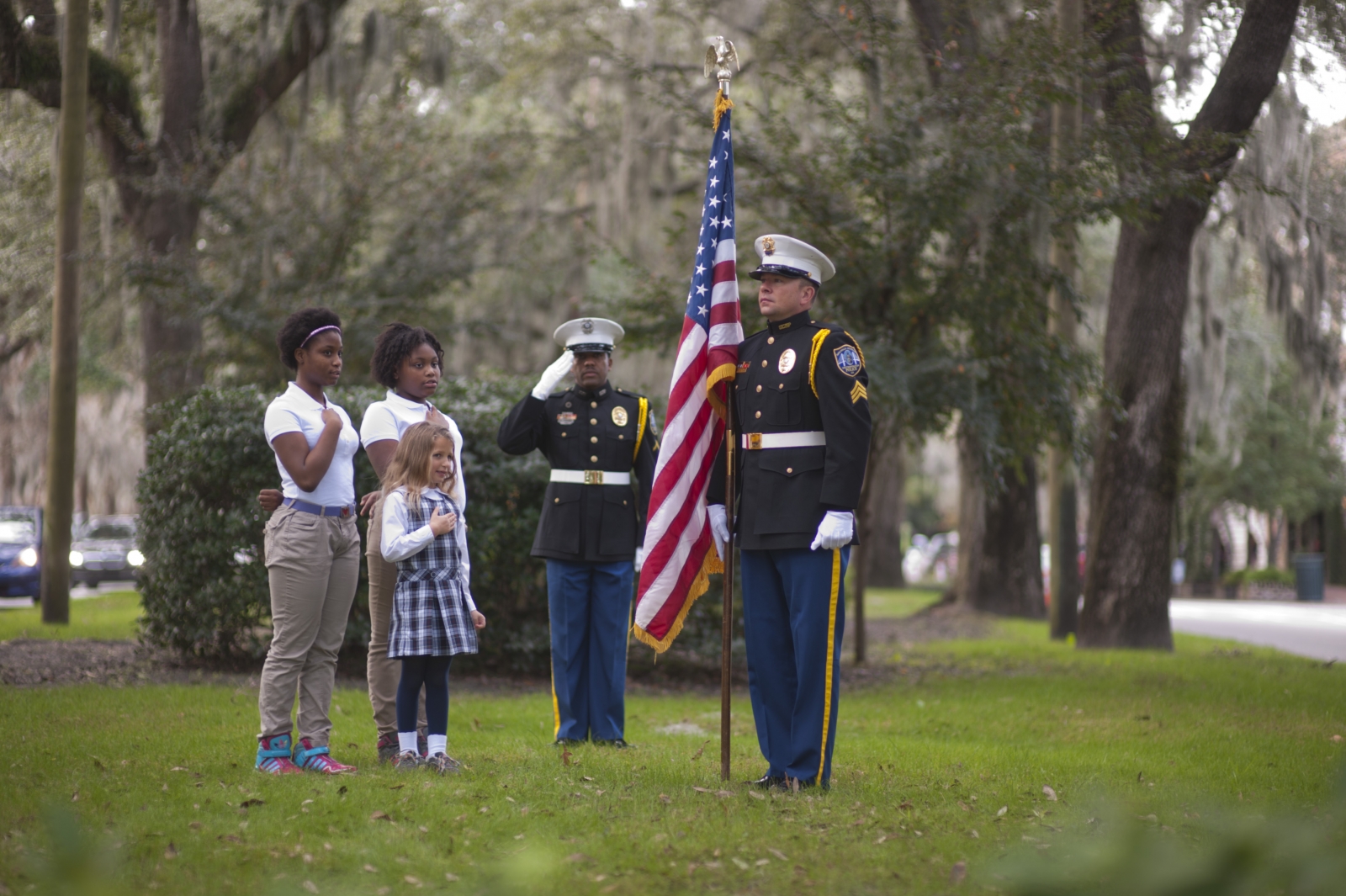 Today the unit is under the direction of Lt. Chris Talley. The Honor Guard consists of more than a dozen sworn officers. These officers are all volunteers and range in rank from the newest recruit to 20-year veterans. They are expected to perform their regular jobs within the department, yet come together, as needed, when their services as guard members are required.

Duties of the Honor Guard

The unit performs at various events sponsored by the department, as well as attending funerals for fallen officers in and out of the state. Through the years, the Honor Guard has received many compliments for its unique way of comforting the families of our fellow police officers who gave the supreme sacrifice. The Honor Guard performs rifle salutes and flag-folds at funerals for line-of-duty, active duty and retired officers.

Mission of the Honor Guard

The Honor Guard’s most important mission is to honor the fallen heroes of law enforcement and their survivors. Additionally, the Honor Guard travels throughout the tri-state area to honor police officers who were tragically killed while serving their communities.

The Honor Guard is Commanded by: