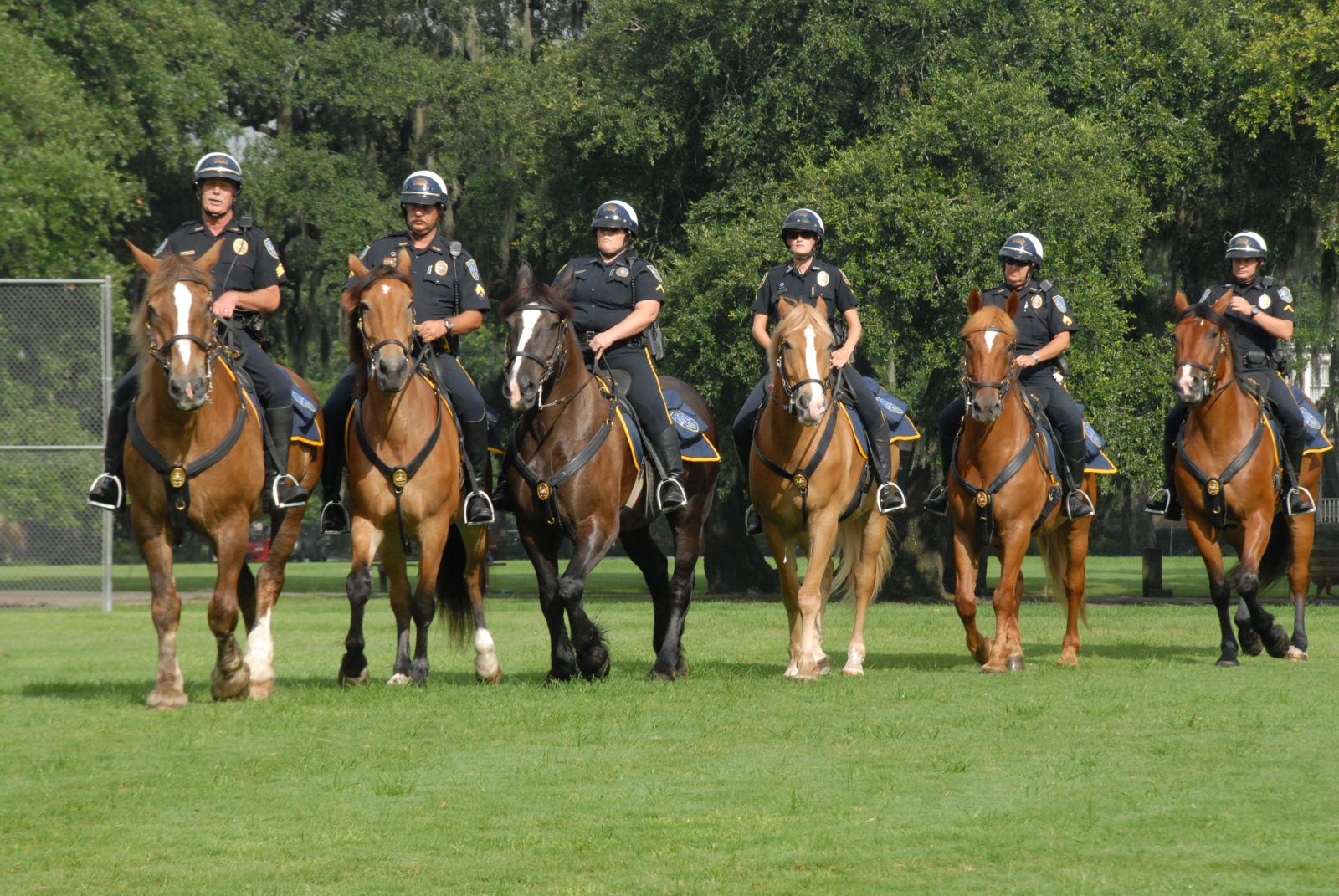 The former Savannah Police Department has a rich history with its Mounted Patrol dating back to 1796. Patrol units consisted of teams of horses and their riders, who developed strong connections with each other. Mounted patrols were disbanded in the early 1900s due to the prevalence of automobiles.

Savannah operated without these units for more than 50 years, but in 1989, now-retired Police Chief David Gellatly successfully fought to bring them back. On July 22, 2014, the unit celebrated its 25th anniversary.

Currently, the unit is comprised of six riders and seven horses.  The horses are required to meet specific height, age and temperament requirements. All of the horses have been trained to deal with loud noises such as gunshots and sirens, as well as walk over objects that most horses wouldn’t approach.  The horses live, sleep and train at the mounted patrol unit stables off Dean Forest Road.

Advantages of Patrolling from Horseback

Mounted Patrol is not only popular with the public, especially children, but they are also immensely useful as a tactical instrument in the face of an unruly crowd. Policing on horseback provides the flexibility to patrol areas that vehicles cannot easily reach, such as squares, parks and other pedestrian areas. It also provides a “perch” from which riders can easily observe crowd activities or look over walls and fences or areas that would go unnoticed by officers on foot or in patrol vehicles.

The Mounted Unit plays an important role with the Mobile Field Force Unit to control crowds, and the two units train together several times a year.