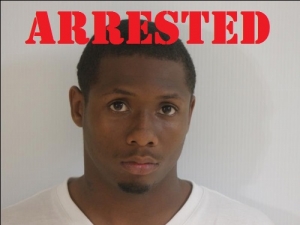 UPDATE: Yashua Mincey, 23, was arrested by the Southeast Regional Fugitive Task Force Wednesday, Mar. 8. SERTF located Mincey at a bonding office on the 4300 block of Ogeechee Road, where he was taken into custody without incident. He is charged with aggravated assault.

SAVANNAH, GA (February 27, 2017) – Savannah-Chatham Metropolitan Police Department Central Precinct detectives are asking for the public’s help locating a man wanted for an aggravated assault that occurred on Feb. 23.Yashua Mincey, 23, is the suspect in an assault that occurred on the 400 block of East 39th Street around 3:00 a.m. An adult female victim reported the assault at Candler Hospital later that morning. Reportedly, Mincey and the victim engaged in a verbal altercation that turned physical, leaving the victim with injuries.