SAVANNAH, GA (April 28, 2021) – A Savannah man is facing charges after fleeing from a two-vehicle crash with serious injuries on Wheaton Street on April 27.

Officers responded to crash around 9 p.m. and discovered that one of the drivers was no longer at the scene.

According to a preliminary investigation by SPD’s Traffic Investigation Unit (TIU), a Buick Regal was attempting to cross Wheaton Street from a business parking lot to Cedar Street. At the same time, a Mercury Mariner was traveling on Wheaton Street but was unable to stop, resulting in the crash.

Following extrication by Savannah Fire, the passenger of the Buick was transported to a hospital for treatment of serious injuries. The driver of the Mercury suffered minor injuries.

Traffic investigators were able to identify and locate the Buick’s driver, who had fled on foot prior to police arrival Bobby Robinson, 39, was charged with serious injury by motor vehicle, hit and run with injuries, DUI-less safe, and failure to yield while crossing a roadway.

TIU continues to investigate the crash. 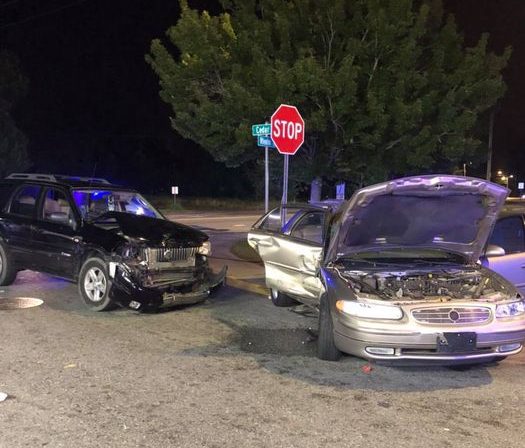