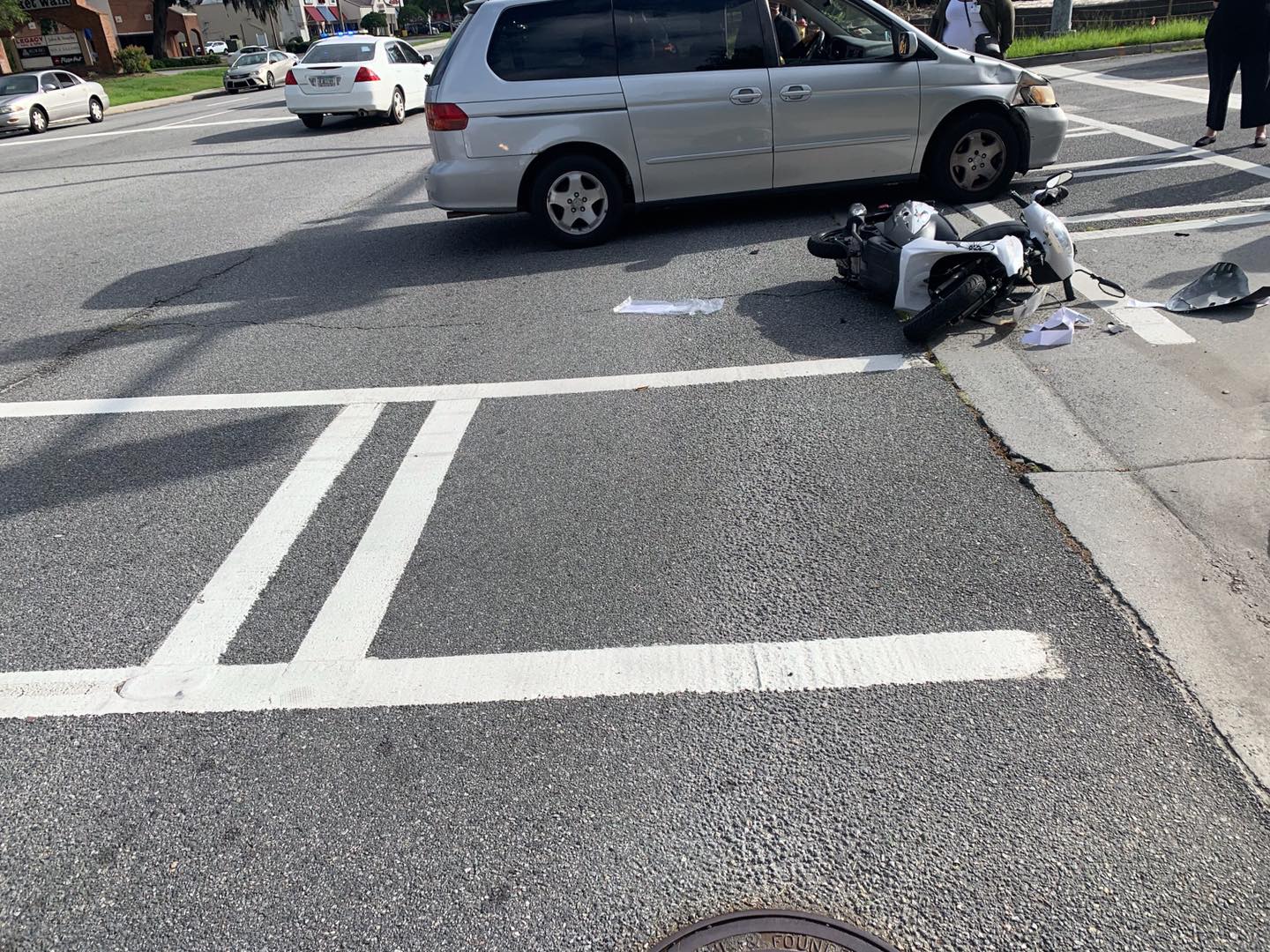 Around 8:20 a.m. a Honda Odyssey, driven by Katrina Parker, 59, of Savannah, was traveling on Commercial Drive when the passenger side of her vehicle was struck by a scooter in the intersection at Hodgson Memorial Drive. According to a preliminary investigation, it appears that the driver of the scooter, Richard Hall, disregarded the traffic light, resulting in the crash. Hall was thrown from the scooter and suffered serious injuries.