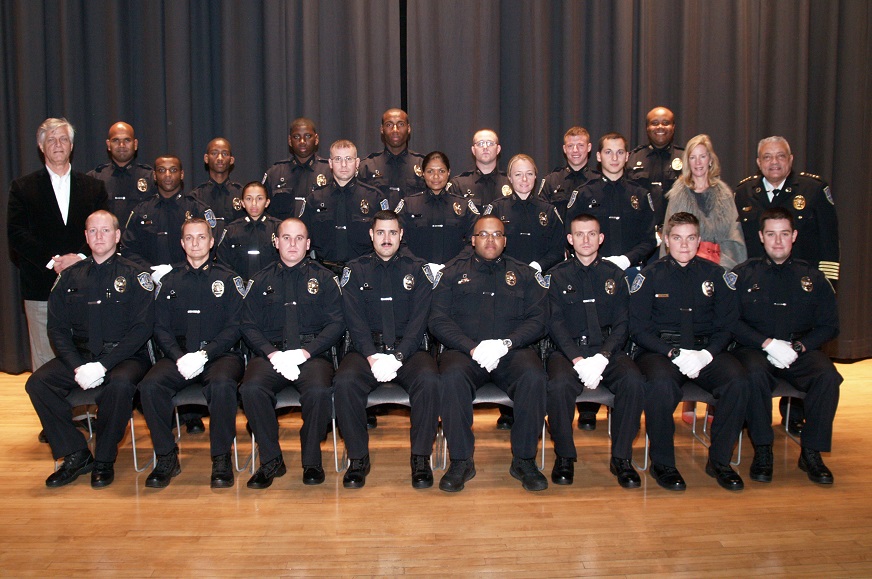 SAVANNAH, GA (February 5, 2015) –This morning 17 men and four women were sworn in as new members of the Savannah-Chatham Metropolitan Police Department.

Chief of Police, Joseph H. Lumpkin, Sr. addressed the officers at today’s ceremony. “Always remember the people are the police and the police are the people. We have to have the support of our citizens to be effective. Crimes do not typically occur in front of police uniforms, so we need the trust of the citizens and that’s what we are building,” he told them.

The 21 new officers will report to their assigned precincts tomorrow and will spend the next 15 weeks riding with a training officer.