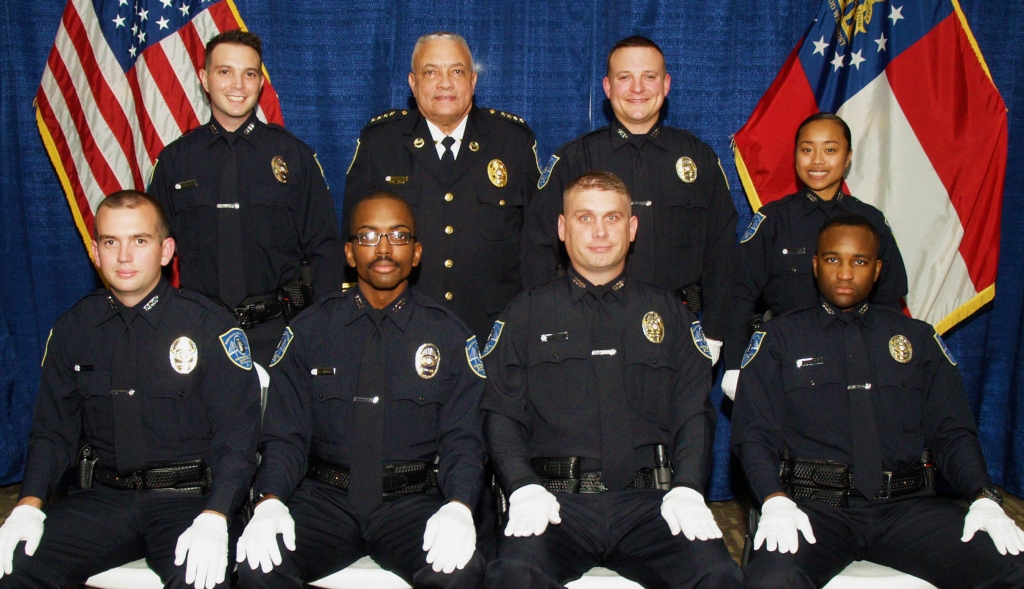 SAVANNAH, GA (January 8, 2015) –This afternoon six men and one woman were sworn in as new members of the Savannah-Chatham Metropolitan Police Department.

These officers attended a special academy at the GPSTC. Typically the academies are held quarterly, but this special session helped the SCMPD get new hires into training a couple of months ahead of schedule.  The next Badge Pinning Ceremony will be in early February.