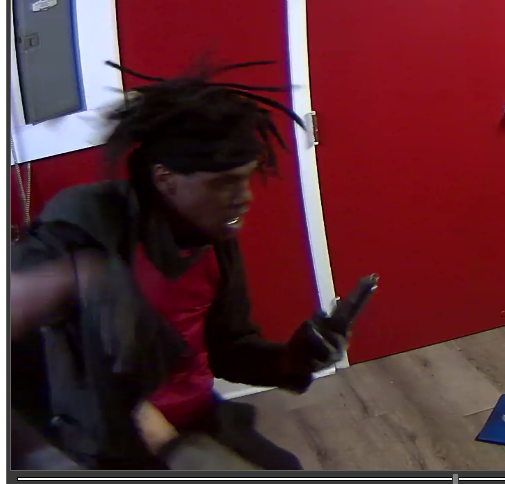 UPDATE (January 23, 2019): De’Von Walker, 24, was identified as a suspect in the robbery at Automotive Repair on Wheels. The Savannah Regional Fugitive Task Force assisted in locating Walker on an unrelated warrant. He has been booked at the Chatham County Detention Center on charges of armed robbery, aggravated assault, possession of a firearm by a convicted felon and possession of a firearm during the commission of a crime.

SAVANNAH, GA (December 31, 2018) – Savannah Police Robbery Unit detectives are seeking the public’s help identifying a suspect in a robbery earlier this month at a business on Montgomery Street

Officers responded to Automotive Repair on Wheels, 5307 Montgomery St., about 9:40 p.m. Dec. 14 for reports of an armed robbery and shooting. According to an investigation, the suspect came into the business with a firearm and demanded cash from the register. During a physical altercation between the victim and the suspect, the suspect fired the weapon striking the victim.

The suspect fled the scene with an undisclosed amount of cash.

The suspect is described as a black male in his 20s, who is approximately 6-feet tall and 185 lbs., and has ear-length dreads.