SAVANNAH, GA (May 5, 2017) –  The Governor’s Office of Highway Safety’s Operation Rolling Thunder is returning to Savannah for the third time to assist Savannah-Chatham Metro police in reducing traffic fatalities and injuries.

“We in the SCMPD want to thank the Governor’s Office of Highway Safety’s Thunder Task Force for responding to our needs in Chatham County. We are pleased to have all of our law enforcement partners, including the Georgia State Patrol and their Night Hawk experts, assisting in this effort,” Chief Joseph Lumpkin said. “In the past two years, more than 120 people have lost their lives in Chatham County crashes. Far too many people are not with their families — their parents, spouses and children — at the end of the day due to these crashes. We must drive down the number of these terrible outcomes and Operation Thunder is here to help.”

The mission of Operation Rolling Thunder is to reduce the number of crashes by conducting a high visibility campaign that focuses on dangerous driving behaviors. Officers from the Thunder Task Force, Georgia State Patrol and jurisdictions throughout the area will assist in the operation, which kicks off today and will continue through the summer.

“Thunder has a proven track record throughout the great State of Georgia at reducing crashes and driving down fatalities and injuries,” Lumpkin said. “This is about saving lives, and we welcome Operation Thunder back to Savannah.”

Operation Rolling Thunder was formed in 2007 and made Savannah its first stop. During the three-month operation, fatalities declined and crime decreased in all categories except for domestic violence. Since then the task force has continued to hold operations in counties experiencing high fatality numbers. It held another successful operation in Savannah in 2014.

Officers will be on the lookout for distracted driving or texting while driving, impaired driving and drug possession, improper seatbelt or child safety seat usage, reckless driving and speeding. This will be conducted through patrols and checkpoints. The task force will also focus on bicycle and pedestrian safety.

“Chief Lumpkin and the Savannah-Chatham Metro Police Department have zero tolerance for people who make the selfish decision to get behind the wheel when they are legally too impaired to drive,” said Harris Blackwood, director of the Governor’s Office of Highway Safety. “If you are planning to drink and drive during Cinco de Mayo weekend in Savannah, the Savannah-Chatham Police Department, GOHS HEAT teams and Georgia State Patrol will be there to take you to jail.”

Drivers are encouraged to create a plan prior to drinking by either arranging a designated driver or calling a taxi or ride-sharing company. 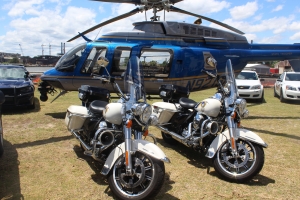 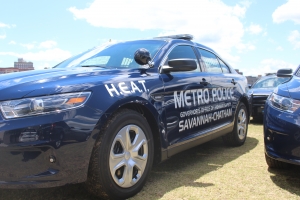