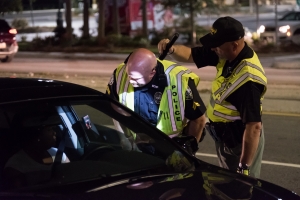 “The whole idea of bringing Operation Thunder back to Savannah was to increase safety conditions for all motorists, and I believe we’ve done that,” said Lt. Anthony Gallo, commander of SCMPD’s traffic unit. “We still have work to do here. Just because Thunder is over does not mean we’re stepping back from our commitment to keep motorists safe.”

Operation Rolling Thunder kicked off in Savannah in May. It is the third time the high-visibility program, which is sponsored by the Governor’s Office of Highway Safety, has assisted Savannah-Chatham Metropolitan Police Department with its mission to reduce fatalities and serious injuries from traffic crashes. During each phase of the operation, the Thunder taskforce, which consists of the Governor’s Office of Highway Safety and Georgia State Patrol, joined forces with Metro’s traffic unit to aggressively enforce traffic laws.

The task force returned to Savannah Aug. 17 and 18 for the final phase of the three-month operation. During those two days, members of the task force wrote 81 warnings, 265 citations and made several arrests. Seatbelt and speeding citations remained the most common occurrence with 79 and 92 citations, respectively. Three drivers were also charged with driving under the influence, and two people were arrested on drug charges.

Since the beginning of the operation, the task force has written nearly 1,300 warnings and about 3,300 citations. Of those, 1,033 citations were for seatbelts, 242 for child seat restraint, 693 for speeding and 95 for distracted driving. There were also 147 citations issued for driving under the influence. It also resulted in 58 drug arrests, 21 felony arrests, 84 “other” arrests, and the apprehension of 13 fugitives. 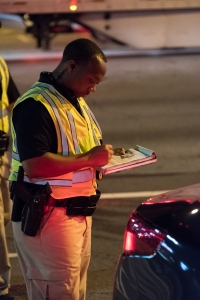 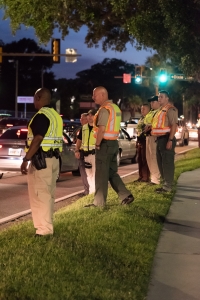