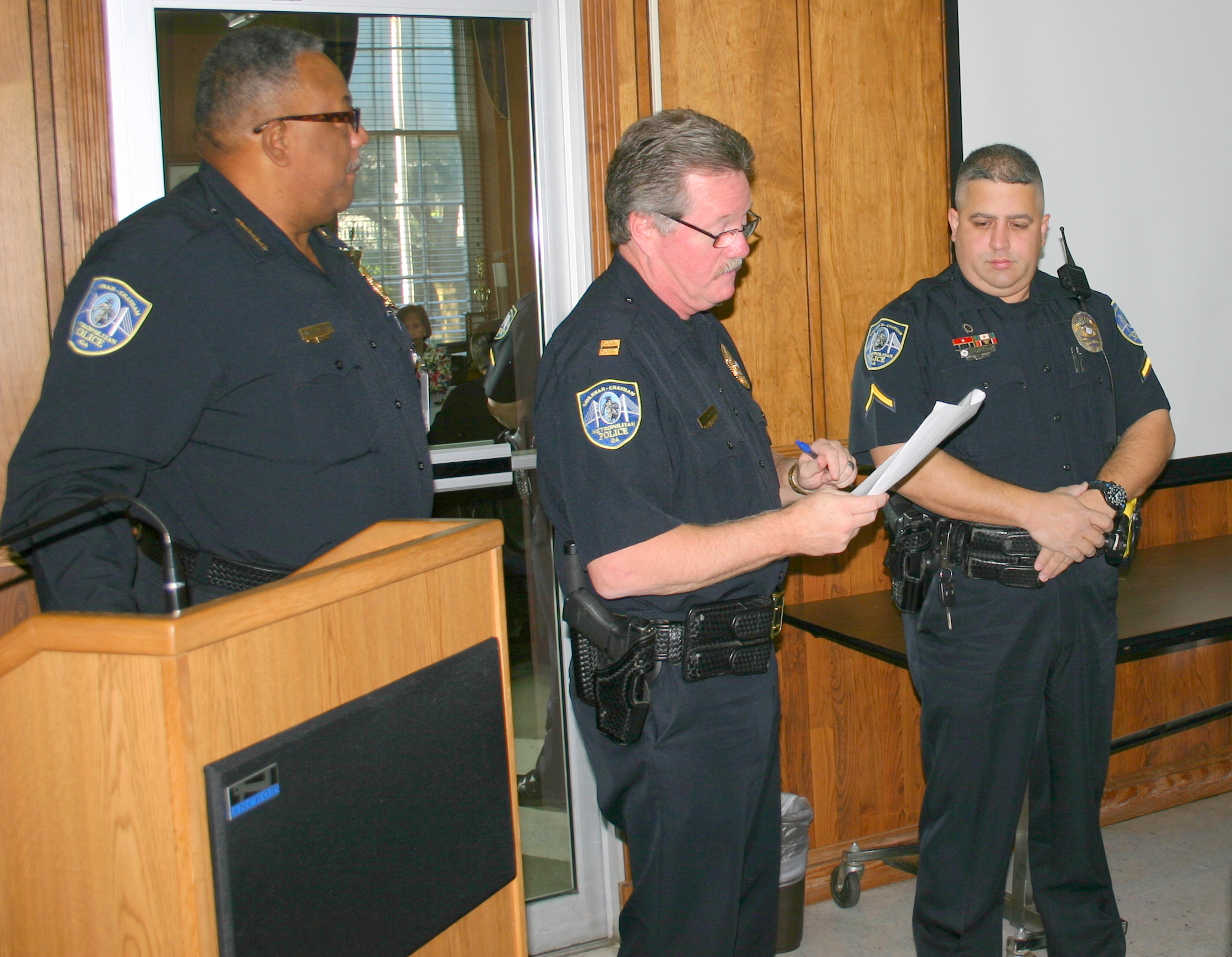 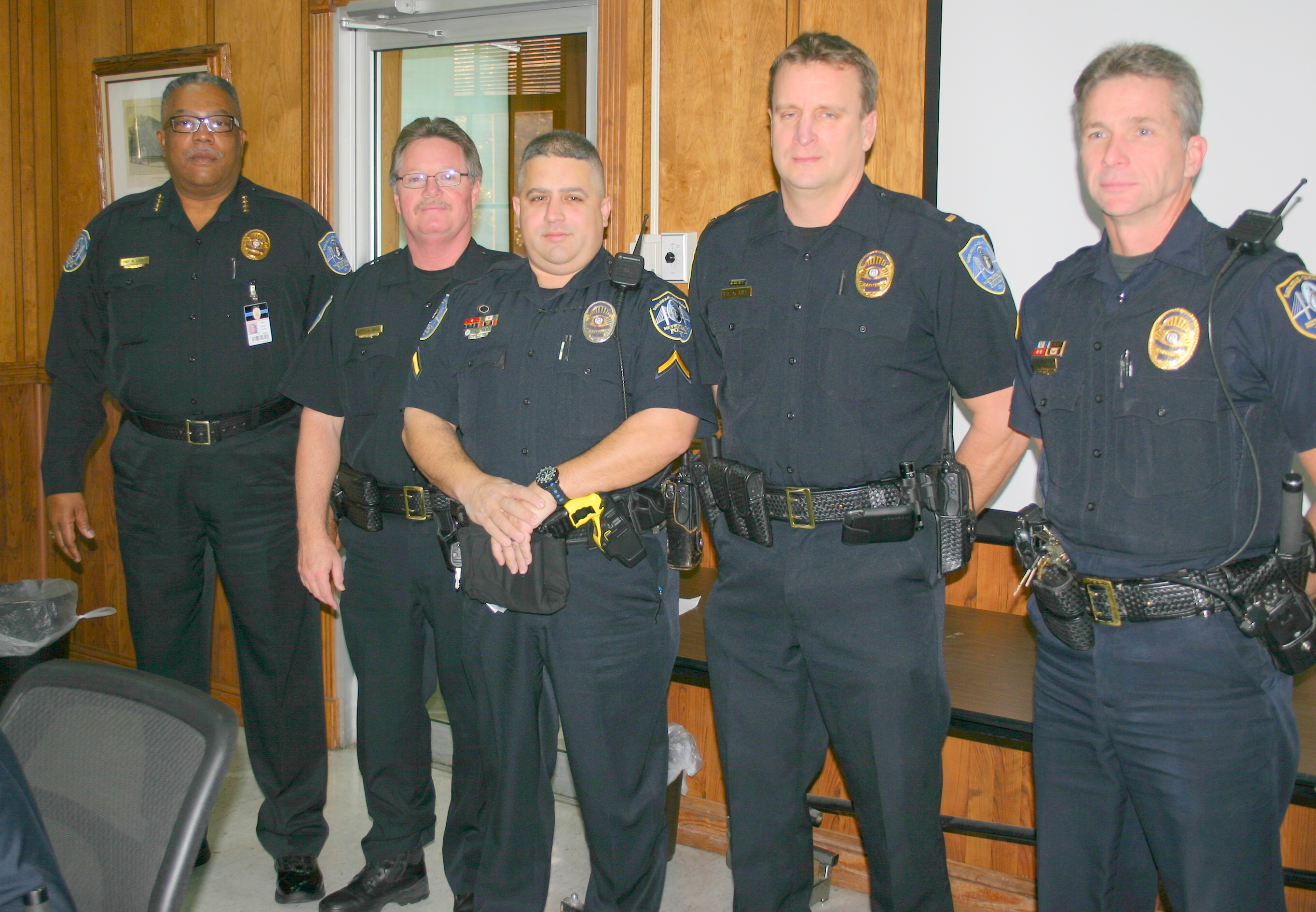 SAVANNAH, GA (February 7, 2013): A Savannah-Chatham Metropolitan Police Department officer has been recognized by his supervisors for his humanitarian efforts while on the job.

His trophy was a department T-shirt but the significance of the event was much greater.

Pagliaro had been on patrol about 9:30 p.m. on Jan. 17 when he encountered a woman who had locked herself out of a home she was house sitting. The woman was standing in the cold weather in sweat pants and a T-shirt and had no way to get back in the house. She knew no one here and had no place to turn for help.

Pagliaro retrieved his jacket from his squad car and searched for a way in.

After contacting the home owner and confirming that she indeed was legally residing in the house and caring for pets while they were out of town, Pagliaro summoned a locksmith who cautioned that he must be paid before unlocking the house. The woman had no form of payment.

Pagliaro paid the locksmith $57 from his pocket, assured the woman was safely in the house and left paperwork for the homeowner to allay any concerns they may have.

Later he received a letter from the woman advising him that she had been staying at the house to escape a domestic situation and the depressing side effects such a situation would bring.

“Actions such as this performed by officers are not rare, but they unfortunately are rarely recognized,” said Lovett. “A T-shirt is a small gesture of thanks but the appreciation that goes with it is heart-felt. Our officers face potentially deadly situations every day and handle them well. But the ability to show compassion when it is needed makes the difference between a good department and a great one.”

On Jan. 18, 2011, Pagliaro was on patrol when he attempted to stop a stolen car. He was unaware that the driver had an accomplice in a second car until multiple gunshots shattered the back windshield of his patrol car, lodging in the Plexiglas shield behind his head. Pagliaro evaded the gunman, turned around and pursued the second car through several precincts before reinforcements helped stop him in the Central Precinct.