SAVANNAH, GA. (October 31, 2017): The Savannah-Chatham Metropolitan Police Robbery Unit detectives are asking for the public’s help identifying two suspects in an armed robbery that occurred at the Batteries Plus Bulbs store in the 7100 block of Hodgson Memorial Drive on October 28.

At about 8:45 a.m., Metro officers responded to the store in reference to an armed robbery call. Reportedly, two male suspects, both being armed, entered the store demanding money from an employee. The employee complied and the males left the store, possibly in a mid-size, black SUV. 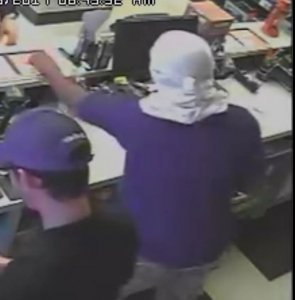