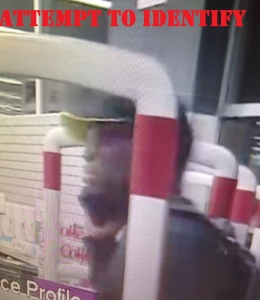 SAVANNAH, GA. (September 26, 2017): The Savannah-Chatham Metropolitan Police Robbery Unit detectives are asking for the public’s help identifying a suspect in an armed robbery that occurred at the Walgreens in the 700 block of E. Derenne Avenue on Sept. 24.

At about 12:45 a.m., Metro officers responded to the store in reference to an armed robbery call. Reportedly, a male suspect entered the store, pointed a gun at a store clerk and demanded various items. The clerk complied and the suspect left the store on foot.

The suspect is described as a black male in his mid-20s, standing around 5’8”. During the incident, he wore a gray long sleeve shirt, blue jeans, a black backpack, black gloves, glasses and a black hat.

Anyone with information on the suspect’s identity can call 911. A confidential tip line is also open directly to detectives at (912) 525-3124. 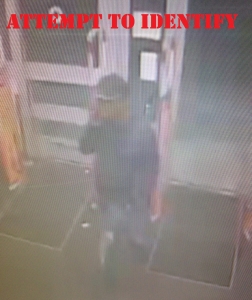