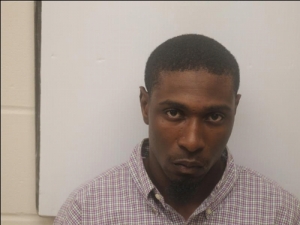 SAVANNAH, GA (April 16, 2016): Savannah-Chatham Metropolitan Police Department detectives are searching for Mychal Jones, who is wanted for three counts of aggravated assault, cruelty to children, possession of a firearm and party to a crime.

The current arrest warrants stem from a March 28 incident in which Jones allegedly had a confrontation with and fired a weapon at a female victim near the intersection of 31st Street and Atlantic. Jones then followed the car and smashed the window of the victim’s car.

Jones is known to carry a firearm, so he should be considered armed and dangerous. He has been arrested nine times for various crimes, including firearms and drug related charges.