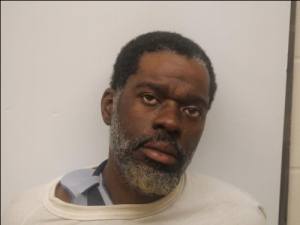 The male victim was delivering a pizza in the area and asked the suspect if he had placed the order. The suspect replied that he had and asked the victim if he had change for a $50 bill. At that time, the suspect aimed a black bag shaped like a handgun at the victim and demanded his money. The victim left the pizzas, fled to the passenger side of an oncoming vehicle, and asked the driver for help.

As the suspect left the area with the two pizzas, the victim noticed the bag was tied around the suspect’s arm. The victim then chased the subject into a nearby yard where a fight ensued. During the altercation, the suspect attempted to stab the victim in the face. The victim and a bystander held the suspect down until Metro officers arrived on scene.

The suspect was transported to Memorial University Medical Center where he was treated for minor injuries.