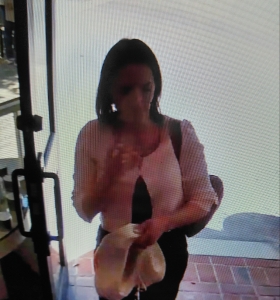 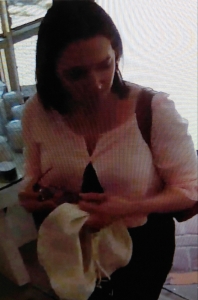 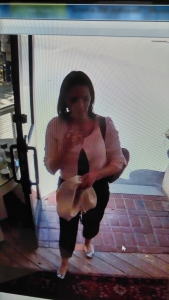 Reportedly, the woman entered a store located on the 400 block of Whitaker Street in the afternoon hours. The suspect then walked through the store as if she was shopping. Eventually, she inspected several purses before she chose a light in color purse and exited the store with it.

The suspect is described as a white female approximately 5 feet five to eight inches tall and weighs around 135 to 145 pounds with shoulder length brown hair. She wore a black shirt, black pants, a pink sweater and black leather flats during the incident.

Anyone with any knowledge of this suspect’s identity or any additional information should call CrimeStoppers at (912) 234-2020 or text CRIMES (274637) using the keyword CSTOP2020. Tipsters remain anonymous and may qualify for a cash reward.