SAVANNAH, GA (August 24, 2012) Savannah-Chatham Metropolitan Police are stepping up efforts to register bicycles in the area as thefts continue to rise.

In the first eight months of 2012, Metro investigated more than 260 bicycle thefts, most left unsecured, and very few accompanied by serial numbers that could identify them.

Consequently, while 151 bicycles have been recovered by police or turned in by citizens, only 19 of them have been returned to their owners.

Police Chief Willie Lovett discourages the perception that this is a minor problem:

“Some of these bicycles can cost in the thousands of dollars,” he said. “And the loss of the inexpensive bicycles can be significant to some of the people who are losing them.”

Frustrating police is the fact that very few owners have registered their bicycles with the department or anyone else and most owners cannot produce receipts for them or even provide the serial numbers.

SCMPD maintains a data base of bicycles that have been registered with the department and can quickly identify the owner if the bike is recovered.

Bicycle owners can register with police on the department’s website: scmpd.org, or at any police precinct. Or they can go to any number of free websites to accomplish the registration. The website http://www.nixle.com  provides a Quick Recovery (QR) code that can be scanned by a smart phone to identify the owner.

One bicycle recovered in 2011 was registered with SCMPD and police identified the owner as a former Savannah College of Art and Design student who had graduated, married, moved to Atlanta and started a family in the four years since it had been stolen. She drove back to Savannah to retrieve the bicycle.

“We encourage all bicyclists to register their bikes or at least maintain their serial numbers so we can identify the bicycles if they are recovered,” Lovett said. “And we encourage them to store their bikes in a safe place and keep them locked. “

Sixty percent of the bikes reported stolen were either unsecured or locked to something that could easily be broken – such as a wooden railing.” 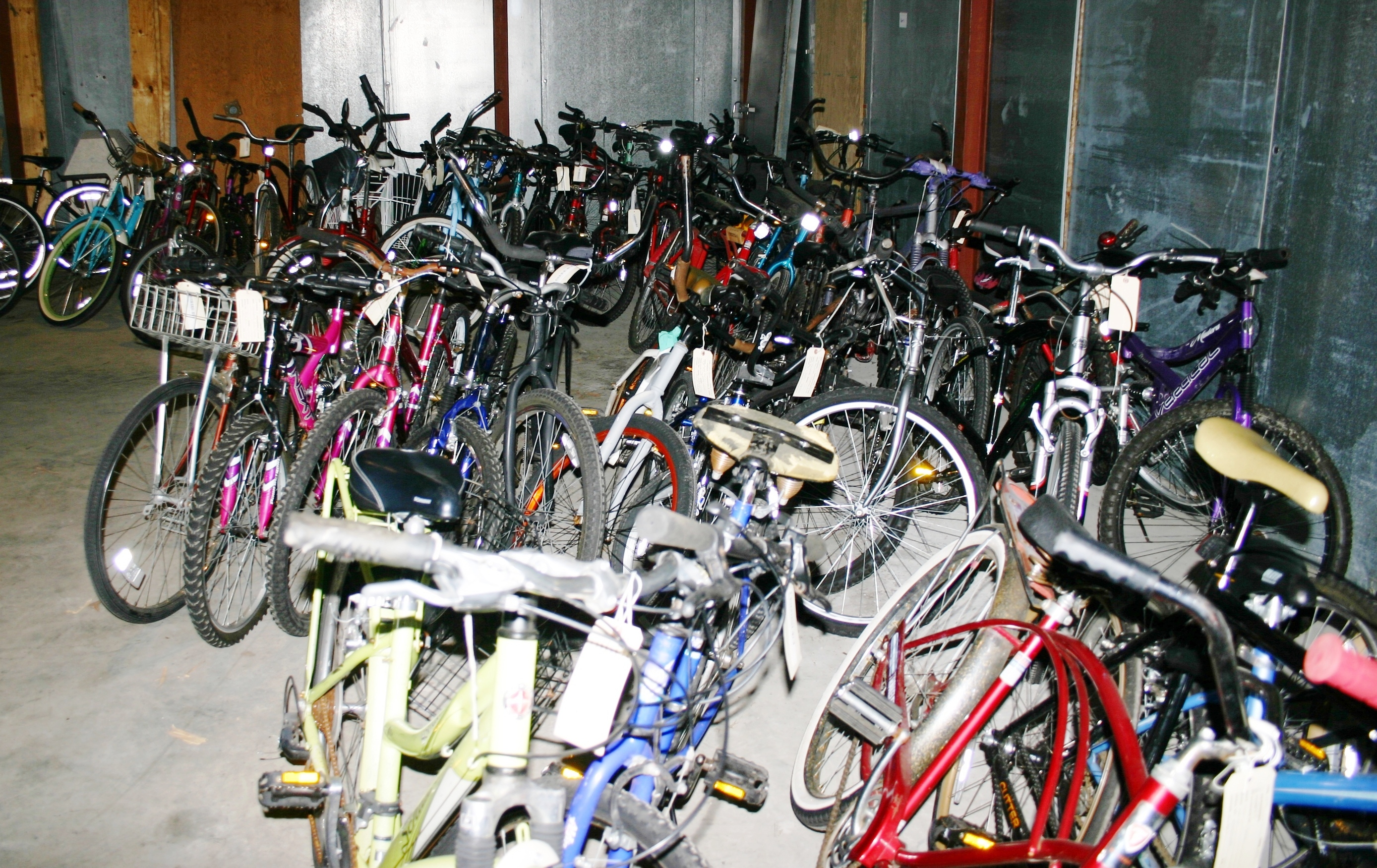