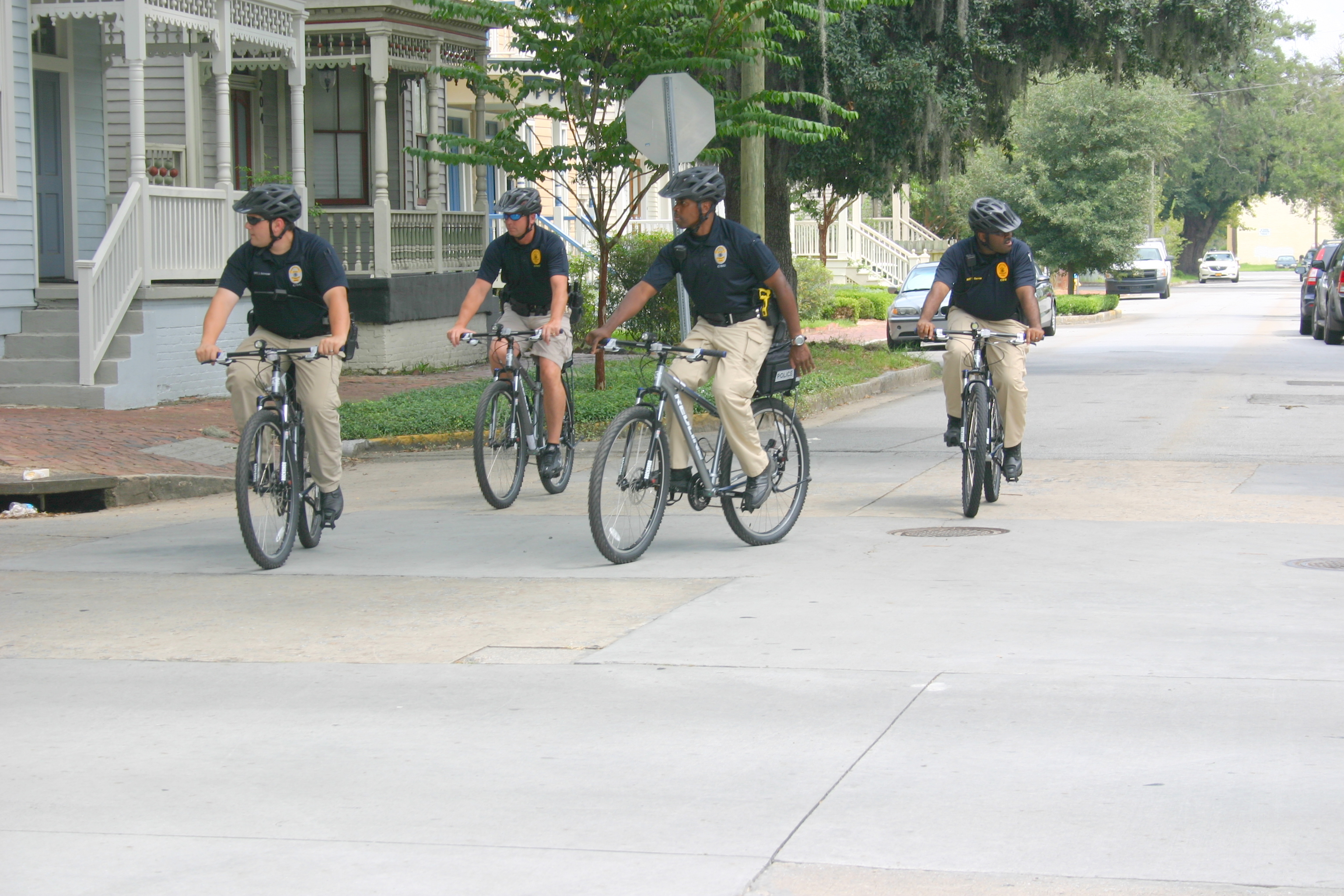 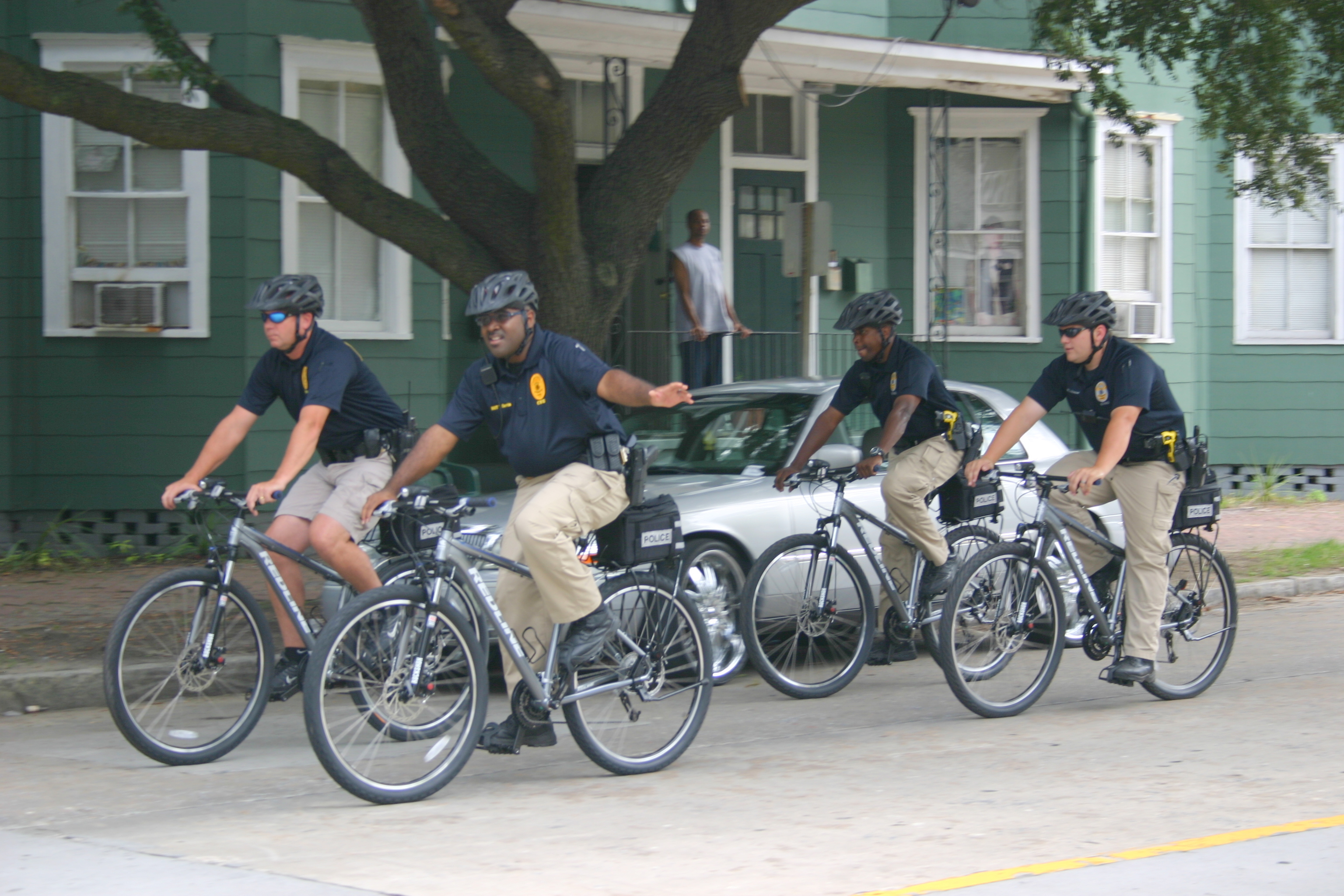 SAVANNAH, GA (September 5, 2013): Residents across the jurisdiction may find police officers with a different look in their neighborhoods after the delivery last weekend of 25 specially-equipped bicycles to the Savannah-Chatham Metropolitan Police Department.

Five of the new Redline mountain bikes were distributed to each of the five SCMPD precincts to be used by Crime Suppression Unit officers in patrolling their areas.

Each precinct increased the number of officers certified to patrol on bicycles after a two-day training session by an instructor from the International Police Mountain Bike Association. The two-wheelers will be used by CSU officers on routine patrol and in specific operations.

Some of the bicycles already proved their worth last weekend in the Central Precinct when officers on bicycles discovered three vehicles that had been entered before their owners even realized it.

“Using bicycles allows officers to patrol with a 360-degree line of sight and the opportunity to interact better with the residents they serve,” said SCMPD Police Chief Willie Lovett. “It is much easier to approach residents – and for residents to approach officers – on bicycles than in a patrol car. And in certain situations they could shorten response times. While they are not optimum for all situations, they can make a tremendous difference in the appropriate situations.”

Savannah’s Mayor-Council strongly supported the purchase and expanded use of the bicycles. They were purchased from Perry Rubber Bike Shop on Bull Street for $31,485. Each bike includes a luggage rack, lights, carry bags, repair kits, helmets and a maintenance contract for the first year of operation. They replace the departments aging fleet of patrol bikes that were purchased in 1992.

Central Precinct CSU Sgt. Sean Wilson said the use of bikes is as much an enhancement of the relationship with the community as it is a crime-fighting tool.

“Residents seem to notice us more on bicycles … probably because we present a different appearance … and some stop and talk to us,” he said. “That is important to us because that relationship is the most important advantage a police officer can have.”

He also pointed out that a police officer who is knowledgeable about his beat and the shortcuts available on bicycles, in certain situations could respond more quickly on bicycles.

“Blue lights and sirens can draw attention that can make it more difficult to navigate to a crime scene,” he said. “And the view from a bicycle is certainly superior that one from a police car. We are fortunate in our precinct because almost every area is accessible by bicycle from the precinct office, rather than our having to transport them to our beats by car.”

CSU officers from each precinct will determine the optimal use of the bicycles.