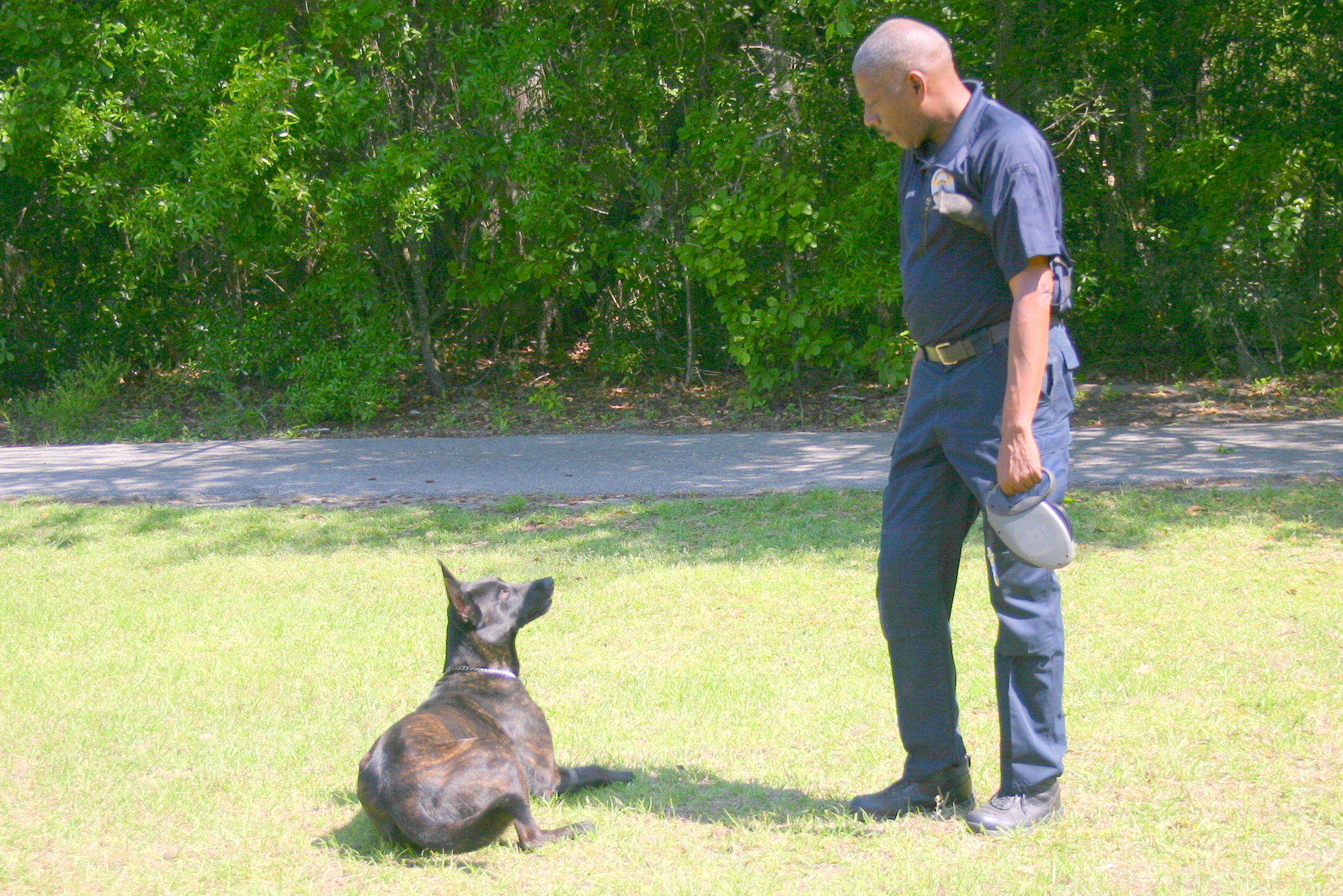 Ziggy signals to his partner Ofc. Mike Drayton that he has found a shell casing. 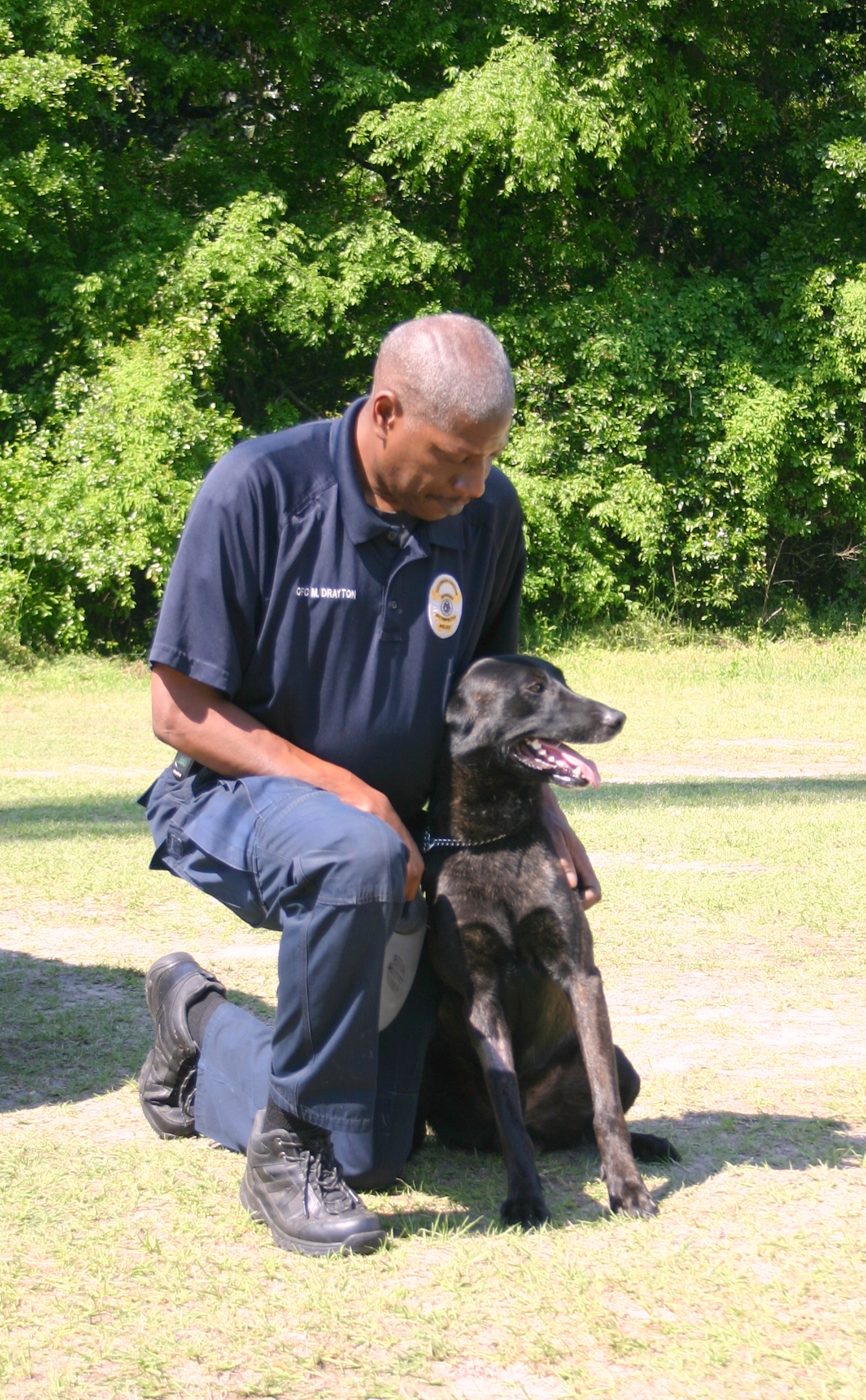 SAVANNAH, GA. (April 22, 2014): The Canine Unit of the Savannah-Chatham Metropolitan Police Department welcomed its newest member last week, but this dog has a different mission.

Ziggy, a 2-year-old Dutch Shepherd, is the department’s first K9 trained to focus on one search only – guns.

City Manager Stephanie Cutter approved the addition of Ziggy, who was raised from a pup, trained and donated by his handler, canine officer Michael Drayton. It brings the number of canine officers in the unit to seven.

Drayton, who has been a member of the department for 15 years and an officer in the canine unit for 10, will travel with two kennels in his police car, one for Ziggy and the other for his long-time partner Ivan.

“We hope this addition will help us in many ways, and we are so grateful to Officer Drayton for offering this valuable asset,” said Police Chief Julie Tolbert. “Finding weapons that have been hidden or tossed aside by fleeing suspects is not only important to the prosecution of the case, but it can help decrease the possibility of an innocent person obtaining the gun and hurting themselves or others.”

While Ivan and his six K9 colleagues are trained for general police work or “Patrol” – tracking, drugs and weapons searches and suspect detention, Ziggy is trained to focus on finding weapons. Gun dogs sniff out scents associated with firearms – oils, powder and residue.

Those odors can be stronger than the scents of the suspects being tracked by other canines. Human scents can be more susceptible to weather conditions and contamination by other people in the area.

Ziggy and Ivan will accompany Drayton on his shift. At other times, gun dogs will continue to be available from other law enforcement agencies in the area.