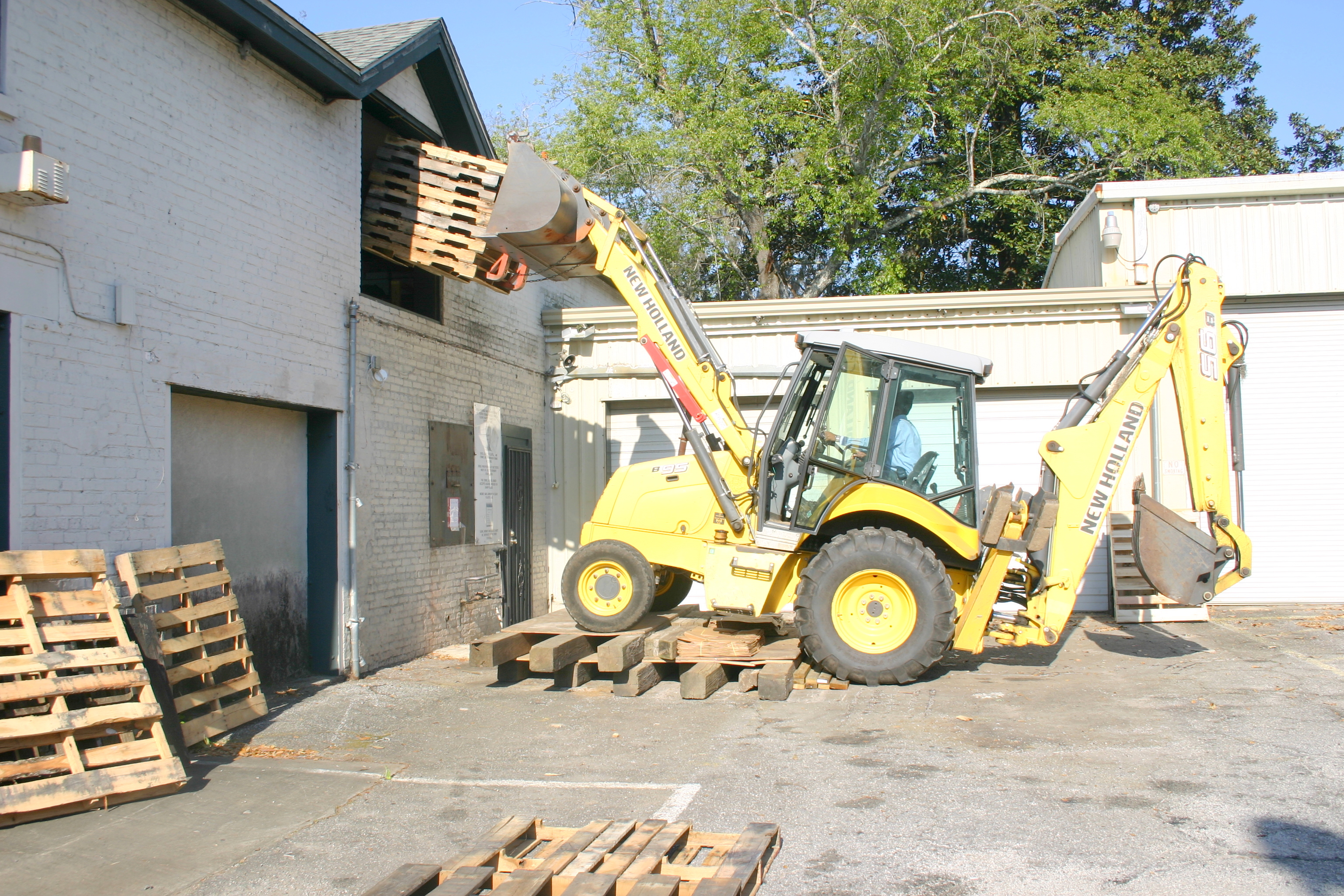 Front end loader is used as a forklift during the moving process. 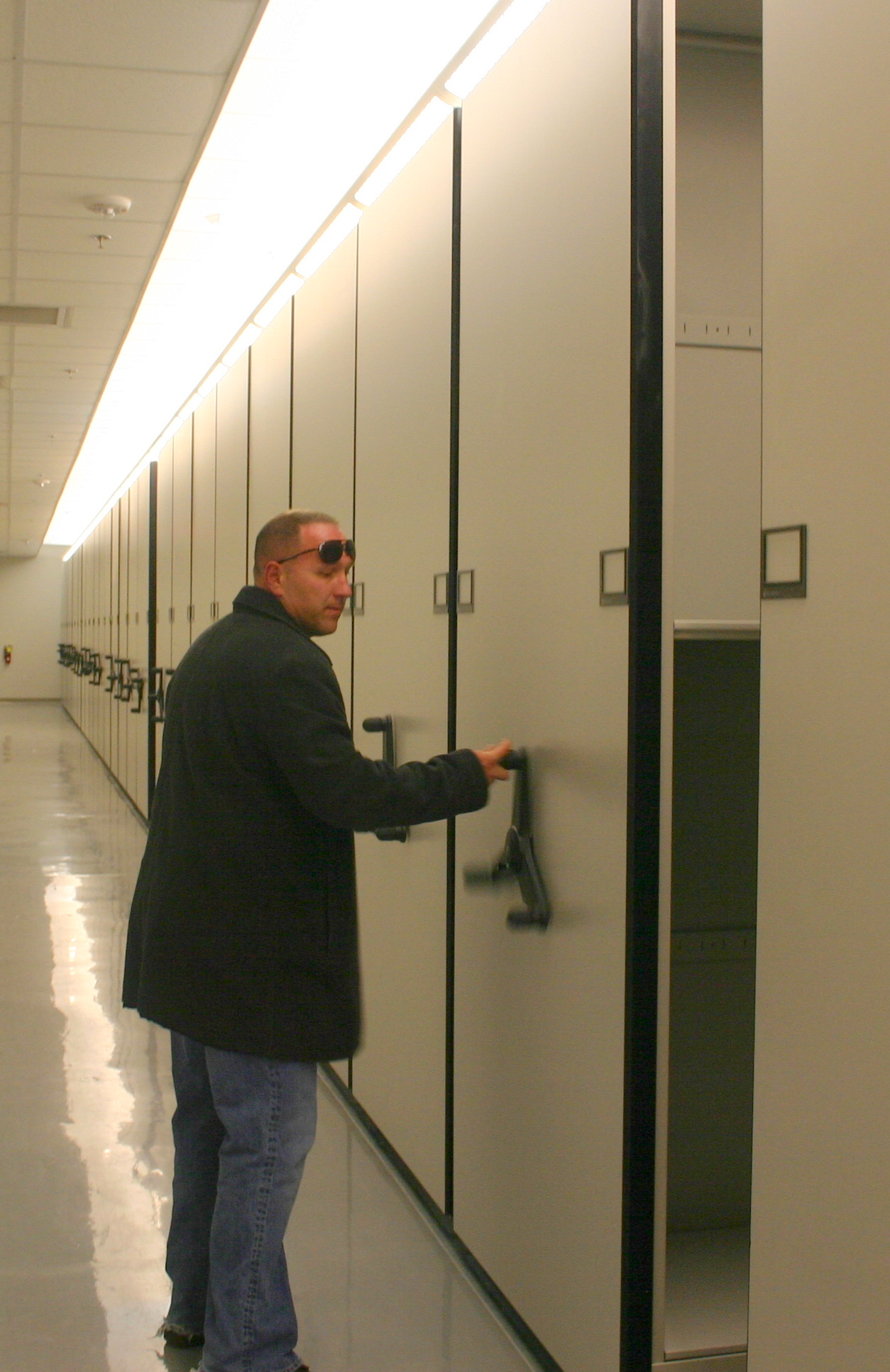 Lt. Robert Gavin demonstrates using the space-saving mobile shelves where boxes of evidence will be stored. 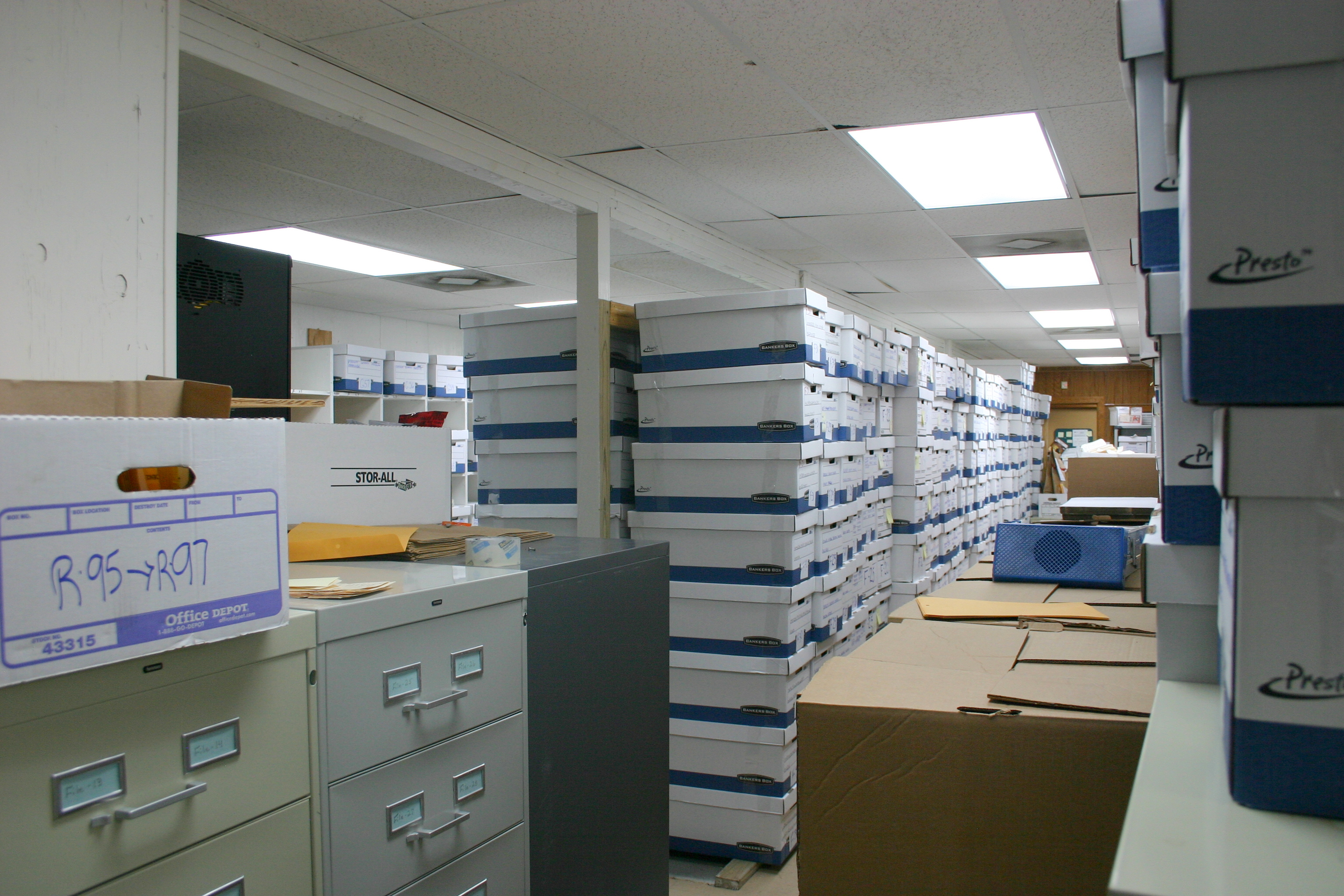 Evidence in the Habersham Street Property Room is boxed and labeled for transfer.

Property and Evidence Unit Commander, Lt. Robert Gavin said, “The Chief is moving the police department forward into the next century…This was a needed improvement for a department this size.”

The former Property Room contained 4,500 square feet. Previously, it served as a horse barn, then as a garage for the police department. One of its exterior walls doubled as a brick fence around Colonial Park Cemetery.

The remodeled facility totals 23,138 square feet. Its new Property Room is 9,300 square feet, making it 4,800 square feet larger than the prior location. The new facility is designed to maximize evidence storage space and energy efficiency.

Some of its special features include mobile shelving, an exhaust extraction vent, motion sensory lighting, glass interior windows for light distribution, ductless air conditioning and heavy insulation throughout the building. The public sometimes will be directed to the building to retrieve property recovered or held in investigations. Public access is available behind the building at its Ross Road entrance.

Formally known to staff as “the bug farm,” due to its original use as a U.S. Department of Agriculture insect research lab, the federal government donated the property to SCMPD in November 2001.

The site included a cavernous building Metro officials hoped to restore and use. In 2009, plans to renovate and expand the previous building were drawn. Construction began in May 2012 with a $4.4 million budget.