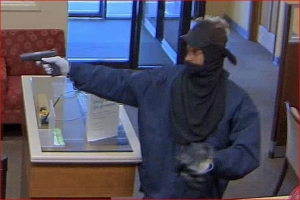 SAVANNAH, GA. (August 8, 2017): The Savannah-Chatham Metropolitan Police Robbery Unit detectives are asking for the public’s help identifying a suspect in a robbery that occurred today at the Wells Fargo in the 10400 block of Abercorn Street.

At about 10:30 a.m., Metro officers responded to the bank. Reportedly, the suspect entered the store, pointed a gun at the tellers and demanded money. The tellers complied, and the suspect left the scene on foot, heading north on Magnolia Street. 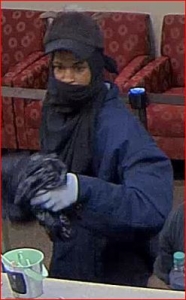 The suspect is described as a black male with a slim build. During the incident, he wore a black shirt wrapped around his face, a brown hat, a blue jacket and light blue latex gloves. He also carried a black trash bag in his hand.

Wells Fargo management will give a $5,000 reward for information leading to the arrest of the suspect.