Man Sought for Questioning in Shooting 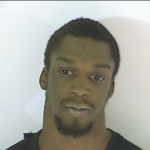 SAVANNAH, GA (March 11, 2015) Savannah-Chatham Metropolitan Police are requesting the public’s help in locating a man wanted for questioning in the shooting of two men Jan. 25.

Violent Crimes detectives are searching for Bryan Marquel Eugene Thompson, 24, for questioning in the shooting of Brendon Barlow, 27, and Eric Butts, 25.

Barlow was found in a black Toyota at Augusta Avenue and Tulip Street when Downtown Precinct Patrol officers responded to a shooting call at 5:19 a.m.  Butts, was being interviewed at Savannah-Chatham Metropolitan Police headquarters when detectives determined he actually had been in the car and had received a gunshot wound as well.

The investigation revealed the two victims were in the car that was found with gunshot damage at the scene.

Anyone with information on the case or Thompson’s location is asked to call Crimestoppers at (912) 234-2020 or text CRIMES (274637) using the keyword CSTOP2020. Tipsters remain anonymous and may qualify for a cash reward.