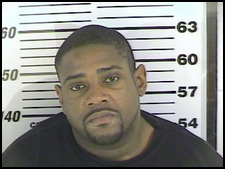 SAVANNAH, GA. (January 27, 2014): Savannah-Chatham Metropolitan Police are seeking the public’s help in locating a Savannah man wanted for questioning in a homicide investigation.

Violent Crimes Detectives would like to interview Michael Napoleon Gregory, 27, as part of their investigation into the shooting death of Hector Brown on December 7, 2013. Brown died of his injuries after he and two other men were shot in the 1200 block of East 39th Street about 11:30 p.m.

Gregory is a black male standing about 5-6 and weighing about 230 pounds. He usually has short hair and wears a moustache and goatee.

He also has a warrant for his arrest for probation violation.

Anyone with information on the case or his location is asked to call Crimestoppers at (912) 234-2020 or text CRIMES (274637) using the keyword CSTOP2020. Tipsters remain anonymous and may qualify for a cash reward. A confidential Tip Line also is open directly to investigators at (912) 525-3124.