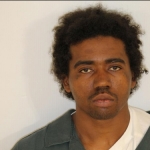 SAVANNAH, GA (January 23, 2015) Savannah-Chatham Metropolitan Police have charged a convicted felon with the armed robbery of a Savannah man in the downtown area Tuesday night.

Dennis Lamar White, 26, was arrested after Downtown Precinct Patrol officers and an off-duty officer working neighborhood patrols encountered a group of males after the 8:30 p.m. robbery at Habersham and Harris streets.

White was identified as the male who approached the 32-year-old victim as he was walking on Harris Street toward Habersham, pointed a gun at him and forced him to turn over cash. The victim got away when a car approached and the robber and an accomplice departed.

White has more than a dozen arrests by Savannah and Chatham County authorities and has served two prison sentences. He was released from Johnson State Prison in June of 2013 after serving 14 months of a five-year sentence for theft. This is his eighth arrest since that release.

Metro Robbery Unit detectives continue to investigate and search for the accomplice. Anyone with information is asked to call Crimestoppers at (912) 234-2020 or text CRIMES (274637) using the keyword CSTOP2020. Tipsters remain anonymous and may qualify for a cash reward.