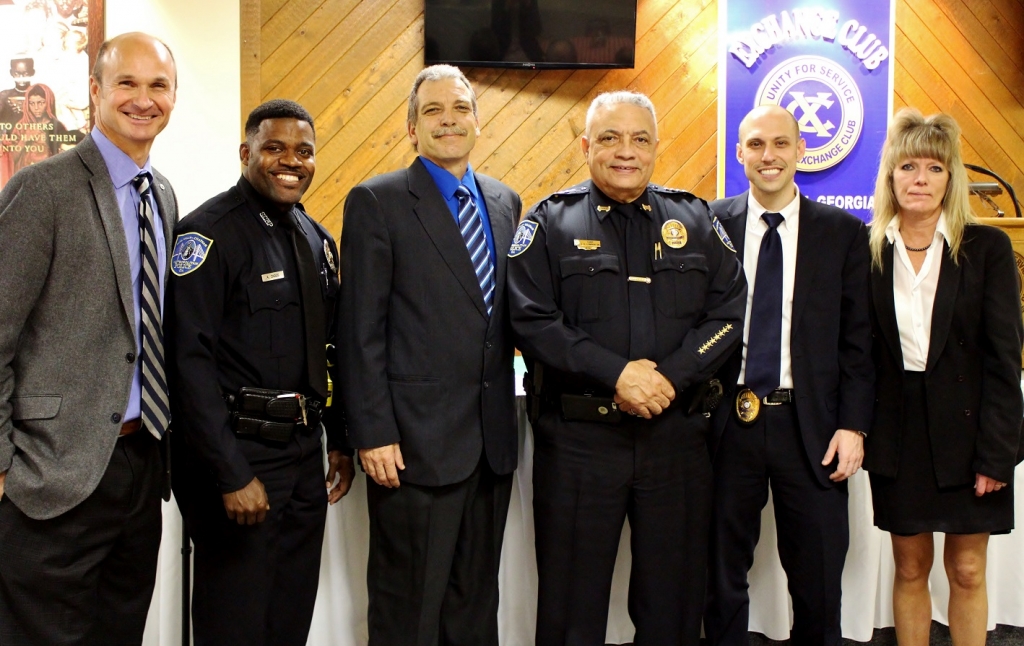 The Exchange Club presented plaques to the SCMPD Officer of the Year, Supervisor of the Year, Detective of the Year and Civilian of the Year. The awards were sponsored by Coastal Chevrolet. 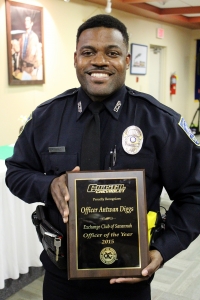 Officer Antwan Diggs, Officer of the Year: Officer Diggs joined the SCMPD in 2013 and is assigned to the Downtown Precinct’s Special Operations Unit. Officer Diggs believes in making Savannah-Chatham Metropolitan Police Department a family. He assists with training new officers, builds their motivation, and always has a great attitude and work ethic. He is a big believer in community- oriented policing. He plays pick-up games of basketball, throws footballs, and races kids throughout the community. “I believe that it starts with the youth,” Diggs said. “I constantly try to be a positive influence to show kids that there is a better way to life than participating in illegal activities.” Officer Diggs served with the US Army for 10 years. He is also a certified firefighter and emergency medical responder. 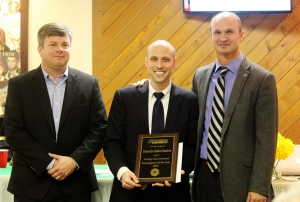 APO Robert Santoro, Detective of the Year: Detective Santoro joined the department 6 years ago. He is currently assigned to the Homicide Unit, where he leads and supports numerous criminal investigations. He recently solved the cold case involving a young woman who was killed, arresting three men who are now awaiting trial on murder charges. Detective Santoro embodies the values of family, community, and county through his work itself. Along with the long hours he puts in at the department, he is also the president of the local Police Benevolent Association Chapter. He volunteers on own time, because he wants to work towards improving the conditions for all law enforcement officers and their families that reside in our community. “I want to thank everyone who has given me support, guidance, and the motivation to grow,” Santoro said. “This goes especially to my family who understands when they don’t hear from me for weeks or when I forget a birthday, it is only because I am trying to help someone else’s family.” Santoro double majored in college, earning a Bachelor of Arts in History and a Bachelor of Science in Criminal Justice. He also earned his Master’s Degree from George Washington University in International Security Policy. 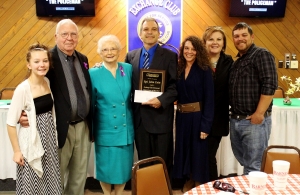 Sgt. John Cain, Supervisor of the Year: Sgt. John Cain joined the force 27 years ago. He is currently a patrol sergeant in the Southside Precinct. Cain is a 2015 graduate of the SCMPD’s first International Association of Chiefs of Police Leadership in Police Organizations Course. He is also the Patrol Training Sergeant for his precinct, and greatly assists recruits as they enter the workforce for real life training. He has improved the quality of relationships and work ethics of officers and enhanced communications at his precinct by being a liaison between upper management and the patrol officers. Sgt. Cain received international fame in November after helping a Cancer survivor finish the Rock N Roll Marathon. A picture of Cain helping the injured runner went viral on social media. He received an award from City Council and County Commission for his selfless act. Captain Ashley Brown said, “Cain represented all the good that police officers do on a daily basis. He brought a sense of pride to police officers and our community.” 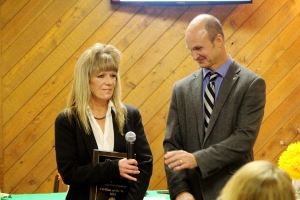 Diane Ernst, Civilian of the Year: Ernst has been on the department for over 21 years. She currently is the Administrative Assistant for the Southside Precinct, and is a tremendous help to officers. She has been the right hand woman for several different precinct captains. At the precinct, she help coordinates all the precinct fundraisers Toys for Tots, canned food drives, and other department and Fraternal Order of Police Grand Lodge sponsored fundraising efforts for law enforcement and military. Her daily administrative duties at the Precinct maximize organizational productivity, with minimal disruptions. She keeps up with every officer, and they truly cherish her! Officer Brittany Odum said, “Diane could never be replaced. She treats us like family and helps us out with much more than she is responsible for. She looks out for us like we are her own children, and I love that about her. Officers can come to her with work questions or just talk about like and she’ll be there to listen.”
###