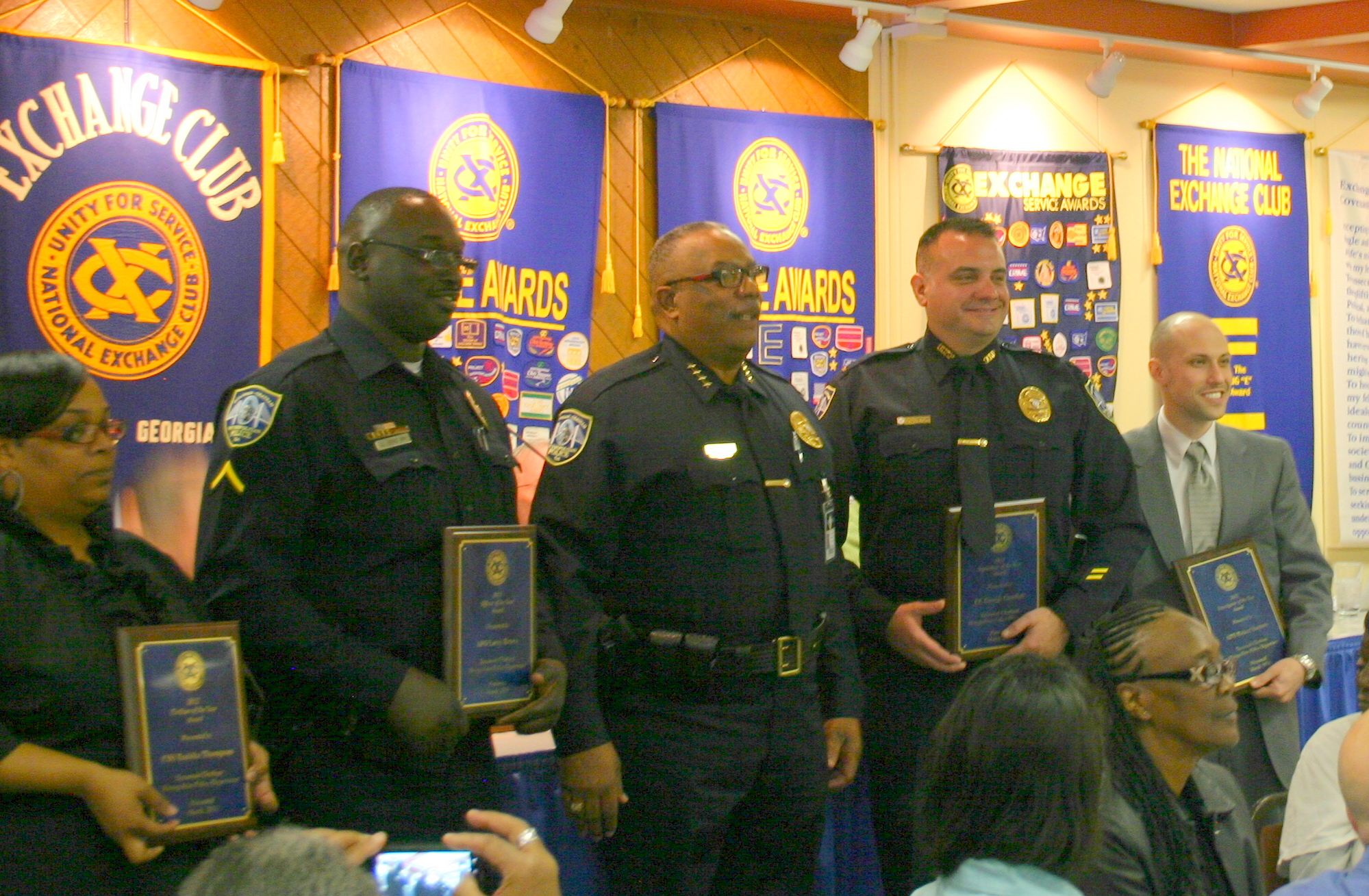 Brown joined SCMPD five years ago. He is the primary beat officer for Central Precinct. In his spare time this proud father of eight children attends South University. He actively participates in community meetings and enjoys attending to citizen’s calls well after his shift ends.

Thompson became a part of SCMPD in May 2006. Through the years, she worked as a Street Crime Reporting Officer and is currently assigned to Central Precinct’s Detective’s Office as administrative personnel. She also keeps track of crimes occurring within the Precinct and reports her findings to supervisors. Mrs. Thompson is a wife and a mother of three.

Santoro joined SCMPD in 2009. Since then he has been a West Chatham Precinct Patrol Officer and a member of both the Crime Suppression Unit and the Property Crimes Task Force. Santoro is currently assigned to the Violent Crimes Unit of the Criminal Investigations Division. Santoro is a Boston native. He has a Masters Degree in International Security Policy from George Washington University in Washington, D.C..

Gundich has been with SCMPD for more than 13 years. For the past year he served as sergeant in charge of the Savannah Area Regional Intelligence Center (SARIC). SARIC assists local, state and federal agencies with investigations and information sharing. In late 2012 he was promoted to Lieutenant and assigned to the Southside Precinct as watch commander and Crime Suppression Unit Commander. Lt. Gundich has been married for more than 20 years.