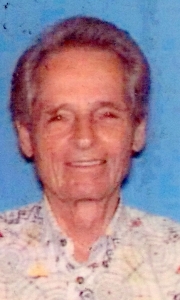 SAVANNAH, GA (June 11, 2015): Savannah-Chatham Metropolitan Police are seeking the public’s  help in locating an 85-year-old Alzheimer’s patient who drove away in a car this afternoon and  should not be driving.

Barnard Mock left his residence on Rio Road near Savannah Mall about 2 p.m. in a silver 2007  Toyota Highlander with the license plate AZA 7285. He is not licensed and has not driven for some  time.

He is described as a white male, about 5-foot-6 with gray hair. He was wearing a light blue button  down collar shirt and gray slacks. Family members fear he may be drive toward the 200 block of  West State Street in downtown Savannah, Tybee Island, Hardeeville, SC., or North Augusta, SC.

Anyone who sees him or the Highlander is asked to call Emergency 911 immediately.