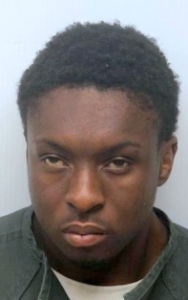 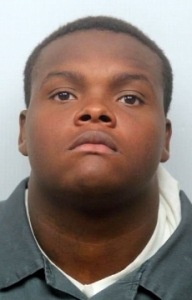 SAVANNAH, GA (May 12, 2015) Two men  and a juvenile were charged in the robbery and  carjacking of a pizza delivery person Tuesday  evening after a vehicle pursuit followed by two  foot pursuits.

Marquel Williams, 19, Marion Savar Langler,  17, and a 16-year-old male were arrested   after foot pursuits down an unpaved trail,  through a water-filled ditch and the neighborhood behind Oglethorpe Charter  School in unincorporated Chatham County.

Savannah-Chatham Metropolitan Police  Southside Precinct patrol officers had responded to the robbery in an apartment complex on the 11900 block of White Bluff Road at 7:10 p.m. They were advised that three males had robbed the 28-year-old deliverer of cash and his silver 2005 Mini Cooper convertible.

A responding West Chatham Precinct lieutenant located the car on Truman Parkway and turned around to pursue it. The convertible turned off the parkway, eventually driving down a dirt access road that became a grassy area beside a drainage ditch between Central Avenue and Albert Street.

The three occupants left the car after it ran over a smaller ditch and began to run until the lieutenant apprehended the front seat passenger, Williams. A second officer pursued the other two through the drainage ditch to apprehend both in a yard almost two blocks away. A loaded weapon was located under the juvenile.

All three have been charged with aggravated assault.

Robbery Unit detectives are continuing to investigate the robbery and events following it.