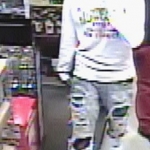 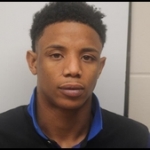 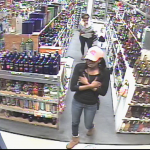 Update: Amber Taylor, 21, turned herself in at  the West Chatham Precinct, Monday morning. She is charged with one count of theft by shoplifting (party to crime). She was transported to the Chatham County Detention Center without incident.

SAVANNAH, GA (February 19, 2016): Savannah-Chatham Metropolitan Police Department’s Islands Precinct investigators charged two suspects and are searching for three others suspected of stealing bottles of liquor from a package shop on the 7100 block of Skidaway Road in multiple incidents in January and February.

Wednesday, Kadijah Wright, 21, turned herself in at the Chatham County Detention Center after learning Islands Precinct investigators linked her to a Jan. 13 liquor theft through surveillance footage. The recording showed Wright concealing drinking alcohol in a large purse as a female accomplice distracted store workers. Without paying, the two women exited the store.

Wright is charged with theft by shoplifting. She received the same charge during a Feb. 7 arrest, when surveillance images captured earlier that day linked her to a liquor theft at the same package shop.

Investigators identified Wrights accomplice in the Jan. 13 case as Amber Taylor, 21. Taylor remains at large, and is described as a black female standing 5-10 and weighing 130 pounds.

Feb. 13, Islands Precinct investigators charged Antonio Wyche, 23, with theft by shoplifting. On Jan. 21, surveillance images from the package shop showed him removing liquor from store shelves, but failing to pay before leaving. The day of the shoplifting, Metro officers arrested Wyche on unrelated drug charges, then transported him to CCDC, where he was still being held when warrants were served on Feb. 13.

Detectives do not believe Wright and Taylor are connected to Wyche.This investigation continues.