Around 1 p.m. April 9, Violent Crimes Task Force officers were conducting enforcement when they initiated a traffic stop at Cloverdale Drive and Eleanor Street for speeding. The driver, Herbert Biggins, 26, was found to be in possession of 2.5 lbs. of marijuana, 67 grams of crack cocaine, 5 grams of THC oil, $6,800, and other drug paraphernalia. 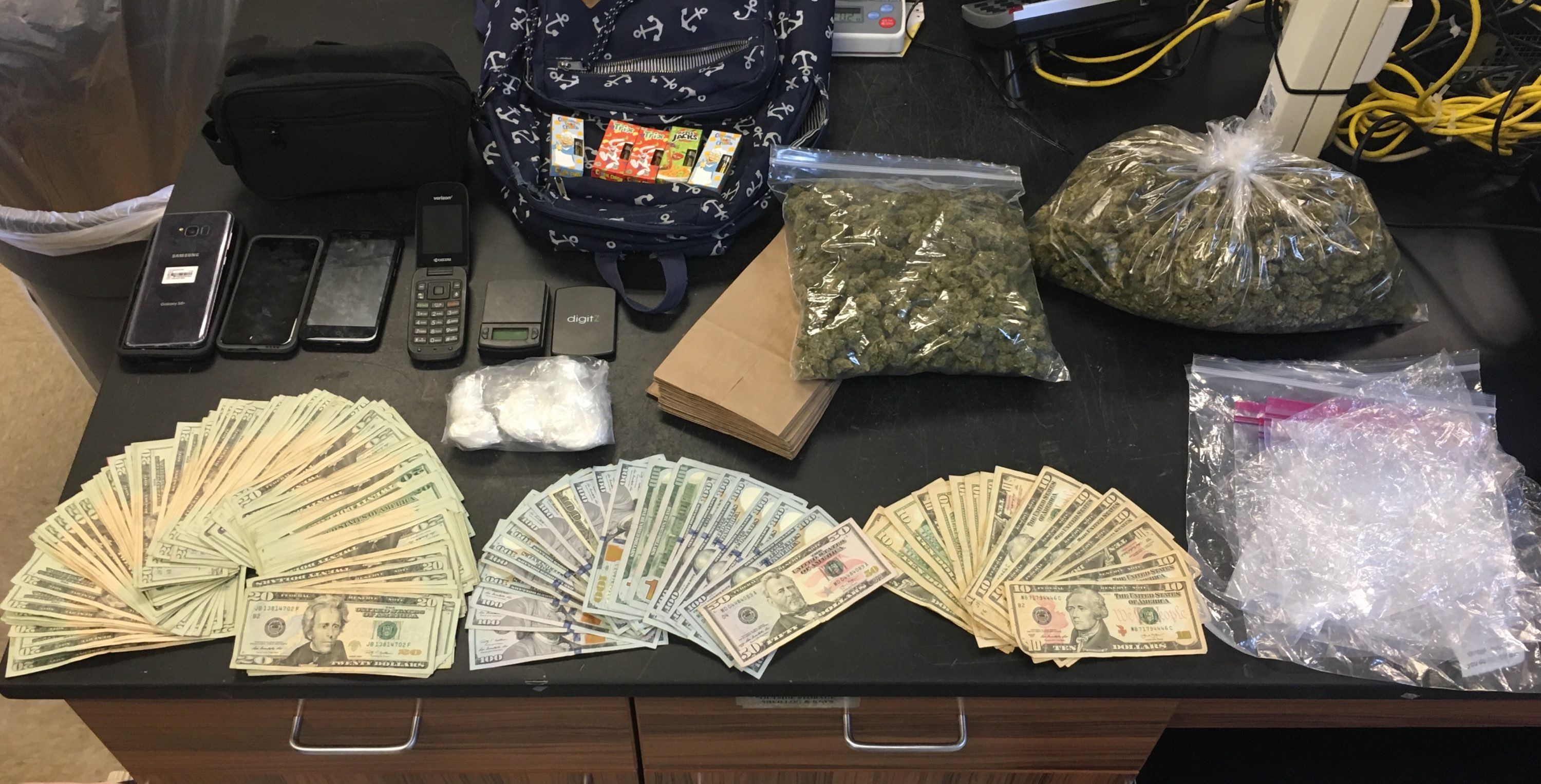