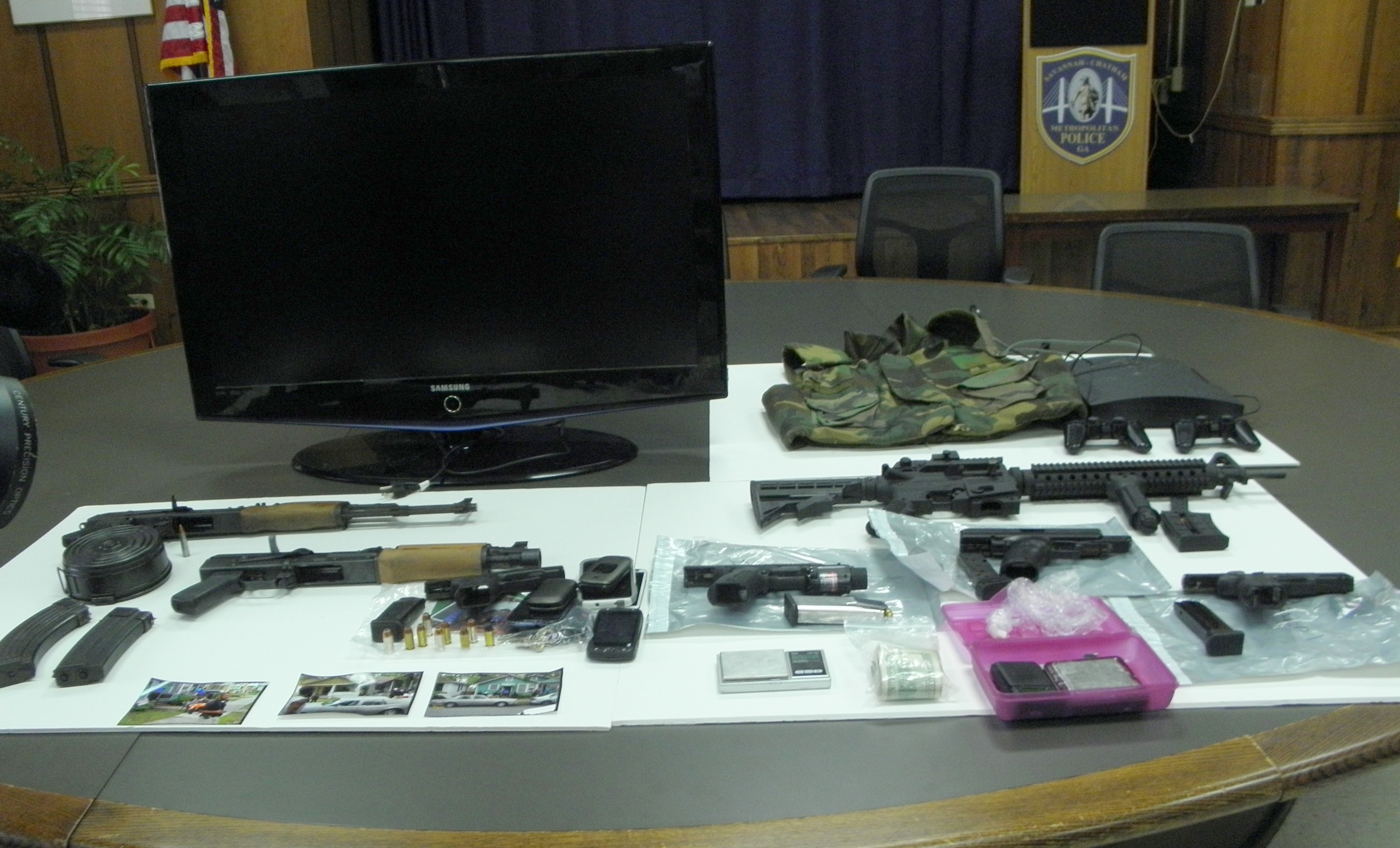 Items collected from Waters and 33rd 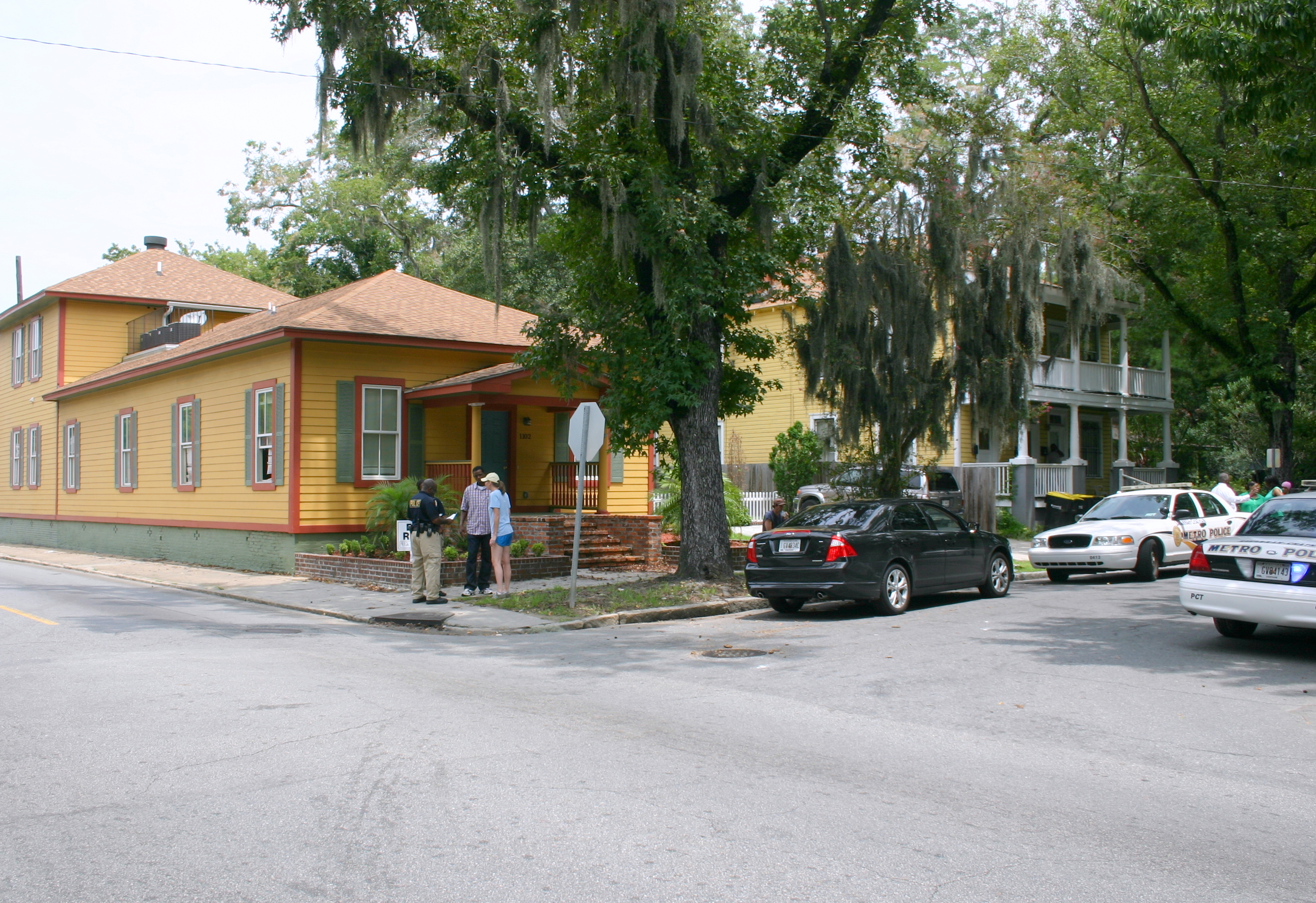 Arrests and charges associated with the incident below are as follows:

Edward Joshua Lewis, 22, is charged with possession of firearm by convicted Felon, burglary 1st degree, obstruction by fleeing, driving too fast for conditions, unlawful use of lane by person or vehicle, and participation in criminal gang activity.

The incident started about noon with a traffic stop on East 32nd Street and Waters by a Central Precinct Crime Suppression Unit officer. The driver ran from the car to a house a block away at 33rd and Waters with police officers in a foot pursuit. He was seen tossing a firearm as he ran from police.

Occupants of an apartment in the house saw the pursuit directed toward them and several males began running from the house as well.

SCMPD detectives and a Chatham County Sheriff’s Office gun dog executed a search warrant for the house and collected five more firearms, including AK-style assault rifles and a 75-round magazine, semi-automatic pistols, an amount of crack cocaine, more than $2,000 in cash and a military-style ballistic jacket.

Police also found photographs of themselves and other police officers that were taken during a similar operation a year ago that had been printed out by the suspects.

Central Precinct Capt. DeVonn Adams had initiated the “All Hands on Deck” operation for the second summer, asking his officers to delay days off and vacations during the summer months. The objective was to assure more officers would be on patrol during the months that schools are out and crime traditionally increases. In 2012 crime decreased 30 percent.

His efforts were in reaction to Police Chief Willie Lovett’s challenge to quell criminal activity during the summer.

“This is what ‘All Hands on Deck’ was designed to achieve,” Adams said. “’The Roll Calls in the Streets’ and ‘Total Focus’ operations were designed to call attention to the resources we have in the neighborhoods to protect residents and results like this are what we hoped to achieve. We took off the streets several drugs, nine dangerous weapons and three armed felons.”