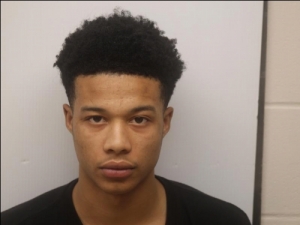 SAVANNAH, GA (January 19, 2016): Savannah-Chatham Metropolitan Police Department arrested Tramaine Juwuan Prevette, 17, following a traffic stop Jan. 16 near White Bluff Road and Television Circle. The teen was charged with driving with a suspended license, possession of marijuana, possession of drug related object, theft by receiving stolen property and possession of a firearm by a person under 18.

Following the traffic stop, Prevette was taken into custody and a search of the vehicle revealed a small amount of marijuana, a digital scale and a handgun. A check of the handgun’s serial number indicated that it was reported stolen Dec. 6, 2015.