Officers responded to four robberies between August and September, where two individuals entered a convenience store, brandished a firearm and demanded money.

Both suspects are described as black males in their late 20s to early 30s with an average height and build. One suspect has his hair styled in medium-length dreads and wore a gray sweater, jeans and black shoes in images obtained from surveillance footage. The second suspect wore a black shirt, gray pants and black shoes in surveillance footage. His hair is styled similar to the first suspect; however, he has a thicker beard. 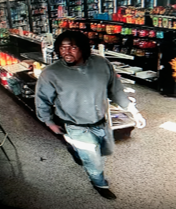 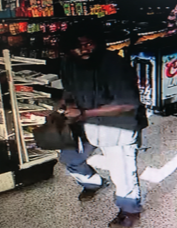