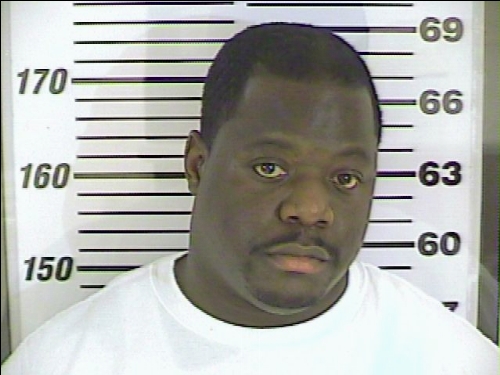 SAVANNAH, GA (December 21, 2012) Moses Marvin Keith Mike, 31, of the 2000 block of Florida Avenue was charged with possession of marijuana with intent to distribute, possession of a firearm by a convicted felon and violation of parole by Metro officers assigned to the Savannah Impact Program (SIP) who were backing up his parole officer.

SIP responded when Mike’s parole officer conducting a compliance check to his residence detected a strong odor of marijuana. Parole officers searched the residence, discovering a significant amount of marijuana including some packaged for sale, currency in low and high denominations stored in a cookie jar and food containers, and a number of firearms including a semi-automatic weapon.

SIP is a specialized unit within the Savannah-Chatham Metropolitan Police Department, operating as a “Community Reentry Collaborative”, primarily focusing on “high risk” and “at risk” youth and adults.

The SIP collaborative is comprised of sworn and civilian police personnel as well as numerous community supervision agencies to include the Georgia Department of Corrections, Board of Pardons and Parole, Chatham County Juvenile Court and the Department of Juvenile Justice.

Police Chief Willie Lovett says Wednesday’s action is an example of the pro-active policing measures SIP employs to work with agencies such as State Pardons and Parole and State Probation.

“Savannah Impact Programs’ role is to lead former offenders toward sustainable, legal independence,” he said, “but we will always assure that those we are trying to help operate within the law.”

SIP Director Terry Enoch said Wednesday’s arrest is an example of how his agency helps keep the community secure.

“I am proud of the work our Task Force officers conducted in this case,” Enoch said. “Their pro-active policing measures removed guns and drugs off our streets to make our community safer.”