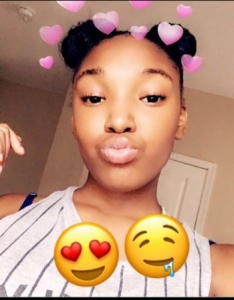 UPDATE: Brianna Williams has been located.

Brianna Williams is believed to have left her home on Pennsylvania Avenue on Sept. 25 around 8 p.m. Detectives are highly concerned about Brianna’s safety due to her young age.

She is described as 5-foot-6, 125 lbs., with a short Afro-style haircut. When she was last seen, she was wearing a dark blue shirt with pink lettering, hot pink pants and black Jordan sneakers. She is known to frequent parks near Pennsylvania Avenue, Oglethorpe Mall, East Savannah near Mississippi Avenue, and the 1900 block of Duvall Street.

Anyone with information on her whereabouts should call 911. A confidential tip line is also open to investigators at (912) 525-3124.