UPDATE: Kelli Allen was safely located near the 800 block of West 35th Street at around 6 p.m. Mar. 22. Metro officers returned her to her family. She is in good condition. 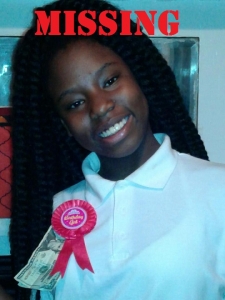 SAVANNAH, GA (March 22, 2017) – The Savannah-Chatham Metropolitan Police Department is asking for the public’s help in locating a missing girl who was last seen Tuesday, Mar. 21.

Allen is described as a black female standing 5 feet 6 inches and weighing approximately 155 pounds. She wears her hair styled in an afro and was wearing a maroon jacket and maroon shoes.

She was spotted near the Bull Street Library on the 200 block of Bull Street later that day.