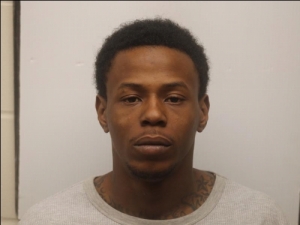 At approximately 9:30 p.m., Jamal Davis also known as “Yamacraw Slim”, 28, was spotted on the 300 block of West 54th Street after an anonymous tip led officers to the area. The UNIT, patrol and K9 officers responded. Initially, Davis refused to comply with officers, but they were able to safely apprehend him. A search of the vehicle revealed a stolen handgun and narcotics.

Davis is suspected of firing shots on March 17 near the 1200 block of West Broad Court. Two women were in the line of fire but no one was injured in this incident. A nearby building sustained damage.

This is Davis’ 18th booking into CCDC since 2004. He was arrested in August and November of last year for being a convicted felon in possession of a firearm.

Anyone with any additional information on this case or others should call CrimeStoppers at (912) 234-2020 or text CRIMES (274637) using the keyword CSTOP2020. Tipsters remain anonymous and may qualify for a cash reward.