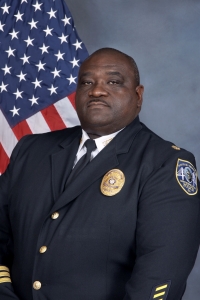 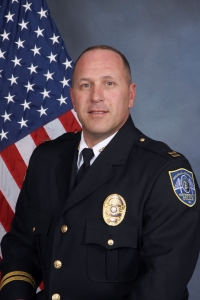 Throughout his time with the agency, Thomas has served in the Criminal Investigations Division, Forensics, Support Services, Patrol Division and as deputy director of the Chatham-Savannah Counter Narcotics Team. He also served as a Weed and Seed law enforcement liaison, an advisor for the Savannah Police Department Explorers Post 411 and as a Mobile Field Force Commander.

Thomas has completed multiple law enforcement courses and is a graduate of the Senior Management Institute for Police in Boston, the DEA Drug Unit Commanders Academy in Quantico, Va., and the FBI’s Leadership Trilogy. He holds a bachelor’s degree in criminal justice with a specialization in Homeland Security, a master’s in business and organizational security management, and a master’s in public safety administration.

Gavin, who is an Army veteran, began his law enforcement career in 1994 and joined Savannah Police Department soon after. He presently serves as the Management Services Division commander.

Throughout his time with the agency, Gavin has served in Patrol, Special Operations, SWAT, Criminal Investigations, Internal Affairs and Management Services divisions.

In 2014 Gavin was honored by the FBI Director and the U.S. Attorney’s Office of the Southern District for his professionalism and integrity in connection to an investigation of great importance. He holds a bachelor’s degree in criminal justice and is a 2016 honors graduate from the University of Louisville Southern Police Institute’s Administrative Officers Course. Gavin has also studied at the Metropolitan Police Crime Academy in London. In addition to his police services, he serves on the executive board for the Savannah Family Violence SAFE Shelter.