Detectives arrested Jay Richards, 27, on June 7, and charged him with burglary.

“Since the home invasion occurred on June 3, 2016, a very active investigation has occurred and it continued through the weekend. Unfortunately our detectives have a large case load and are simultaneously investigating additional priority violent crimes.  We are reviewing our actions in this case and IF mistakes have been made we will correct them,” said Chief of Police Joseph H. Lumpkin.

SAVANNAH, GA (June 2, 2016) — Police are asking the public’s help identifying these suspects who are linked to home invasion that occurred on June 3, at approximately 5 a.m. in the 2200 block of Bonaventure Road. 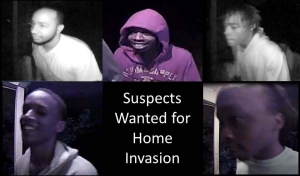 found the victim suffering from a non-life threatening gunshot wound.