Southside Precinct Advanced Police Officer Brian Durrence was patrolling his beat along Whitfield Avenue Sunday morning around 7:45 a.m. when he was dispatched to Riverview Mobile Estates on Lucas Drive to check out reports of downed power lines and a house fire.

When Officer Durrence arrived, a large tree had fallen down, bring live power lines with it. The lines were sparking and burned part of the home. Neighbors informed the officer that Alice Tyler, 94, was trapped inside. Officer Durrence, with the help of neighbor Chris Flowers, made it inside and found Tyler, who was pushing her medical alert button.

Officer Durrence helped Tyler to the porch and waited with her for 30 minutes until crews could shut off the power and make it safe to leave the home. Officer Durrence said he talked to Tyler and kept her calm until she could be reunited with her son.  She was not injured.

“When I arrived it was shocking to see all the damage. I’m glad I showed up so I could help. Policing is not about us against the public, it’s about us helping people,” Officer Durrence said.

Officer Durrence joined the SCMPD three and a half years ago. His supervisor, Sgt. John Cain, said he’s proud of Durrence and felt he deserved to be recognized for his selfless act. “This is just another example of how our officers are guardians of this community,” Sgt. Cain said. 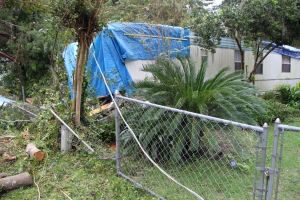 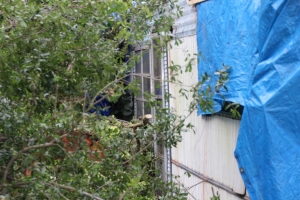 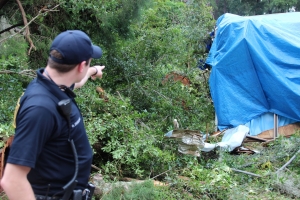