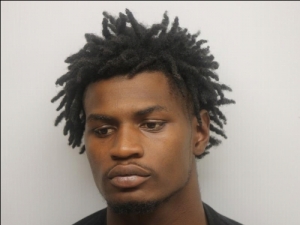 SAVANNAH, GA (February 5, 2016): The Southeast Regional Fugitive Task Force of the U.S. Marshals Service, located and arrested a fugitive for his role in several crimes last year on Savannah’s south side.

Thursday, Jaquese Dunn, 21, was located in a residence on the 100 block of West 55th Street where he was arrested at approximately 11:30 a.m. A 9 MM pistol was also found inside of the residence. Dunn was arrested without incident and transported to CCDC.

Dunn was wanted for several incidents in 2015, including burglaries, auto-theft and narcotic related crimes. Rincon Police Department also had warrants for Dunn’s roles in crimes in their jurisdiction.

Anyone with any additional information on these cases should call CrimeStoppers at (912) 234-2020 or text CRIMES (274637) using the keyword CSTOP2020. Tipsters remain anonymous and may qualify for a cash reward.