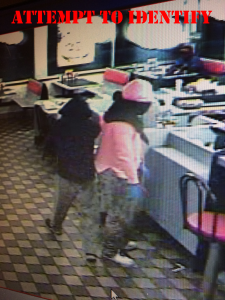 SAVANNAH, GA. (October 2, 2017): The Savannah-Chatham Metropolitan Police Robbery Unit detectives are asking for the public’s help identifying two suspects in an armed robbery that occurred at the Waffle House in the 1000 block of King George Boulevard on October 1.

At about 5:45 a.m., Metro officers responded to the restaurant in reference to an armed robbery call. Reportedly, two male suspects, one of whom was armed, entered the restaurant demanding money. The employees complied and the males left the store, possibly in an older model silver Pontiac Sunfire. The car was last seen heading south on King George Boulevard towards Grove Point Road. 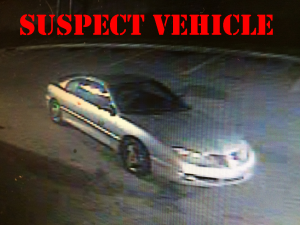