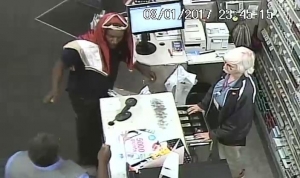 SAVANNAH, GA. (August 4, 2017): The Savannah-Chatham Metropolitan Police Robbery Unit detectives are asking for the public’s help identifying a suspect in a robbery that occurred the night of August 1.

Slightly before midnight, Metro officers responded to the Walgreens in the 700 block of E Derenne Avenue. Reportedly, a male suspect entered the store, demanding money from a store employee. There was a short physical altercation between the suspect and another employee where the employee tried to prevent the suspect from taking the open cash drawer. The suspect broke free and fled the store with the cash drawer. He was last seen heading north towards Fredrick and Sutlive streets.

The suspect is described as a black male in his 40s standing 6-foot-2. During the incident, he wore a black shirt, 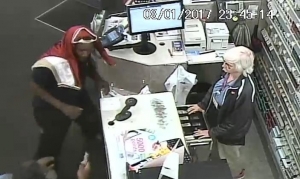 black pants and a Cleveland Cavaliers jersey over his head. He wore no shoes during the incident. The suspect possibly has a large scar with associated baldness near his hairline.