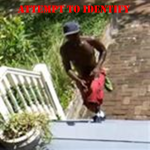 The first incident occurred on the 400 block of E Waldburg Street on Aug. 16. Surveillance video captured a black male in his 30s, wearing a baseball cap and red cargo shorts, walking up to a residence and stealing a package from the porch.

A few days later, on Aug. 18, video caught a black woman steal a package from the porch of 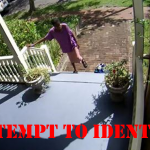 the same residence. The suspect appears to be in her late 50s and wore a long purple shirt and pink skirt during the incident.

At about 7:20 a.m. on Sept. 6, Metro officers responded to report of a mail theft at a residence near Houston and E Perry streets. Reportedly, a black male in his 20s took 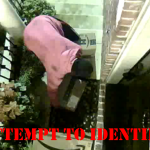 contents from a package and left the package at a nearby square. He wore an orange shirt and black shorts at the time of the theft.