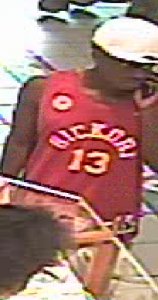 SAVANNAH, GA. (August 3, 2017): The Savannah-Chatham Metropolitan Police Southside Precinct detectives are asking for the public’s help identifying two suspects in a jewelry theft that occurred on July 25 at the Zales in the 7800 Block of Abercorn Street.

Reportedly, two male suspects entered the store, inquiring about various necklaces. The store associate proceeded to show the males a few options when one of the suspects snatched the jewelry, worth over $13,000, and fled with the other male. The pair are also suspected of a theft at the J.C. Penny in the 7800 block of Abercorn Street on July 12.

Anyone with information on the suspects’ identities can call 911. A confidential tip line is also open directly to investigators at (912) 351-3400.