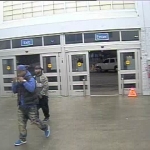 Responding officers learned that the suspects reportedly stole the high-cost electronics, hid them beneath loose fitting clothing, then exited the store without paying.

The three suspects are black males in their late teens to early 20s, standing about 6 feet tall, with average builds. Surveillance cameras captured their images as they exited the store. 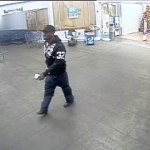