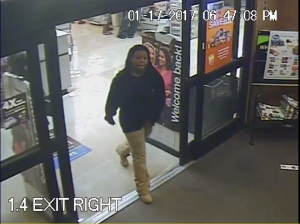 Metro officers responded to a Kroger on the 1900 block of East Victory Drive at about 8:00 pm.  Reportedly, the victim misplaced his wallet while shopping. The suspect found the wallet and turned it in. Soon after, the suspect returned, claiming the wallet was a family members’ before leaving with it.

Investigators later learned that several purchases were made with the victim’s credit cards at various stores shortly after the theft.

The suspect is described as a black female in her mid-20s to early 30s. Her hair is styled in long dreads. During 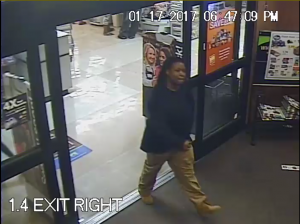 the incident, she wore a black long-sleeved shirt, khaki pants and black shoes.