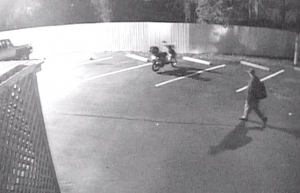 SAVANNAH, GA (February 28, 2017): The Savannah-Chatham Metropolitan Police Department’s Islands Precinct detectives ask for the public’s help identifying a man suspected of stealing a scooter from in front of a local bar Feb. 19.

At around 7 p.m., Metro officers responded to the victims’ residence in reference to an auto theft that occurred earlier that day. Reportedly, the victim parked his black TGB Sunset Scooter at a bar on the 2100 block of Norwood Avenue. Investigators later obtained surveillance footage, showing a suspect pushing the scooter away from the parking lot at around 6:00 a.m. 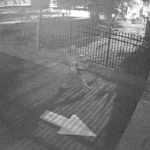 The scooter has a black carry case on the rear and shark teeth painted on the front.

The suspect is described as a white male with an average build, possibly wearing glasses. During the incident, he wore long ill-fitted pants, a large jacket, a baseball cap and a backpack. 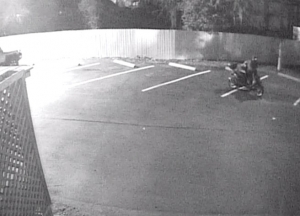 Any information about the suspect’s identity should be forwarded to the SCMPD tip line at (912) 525-3124.