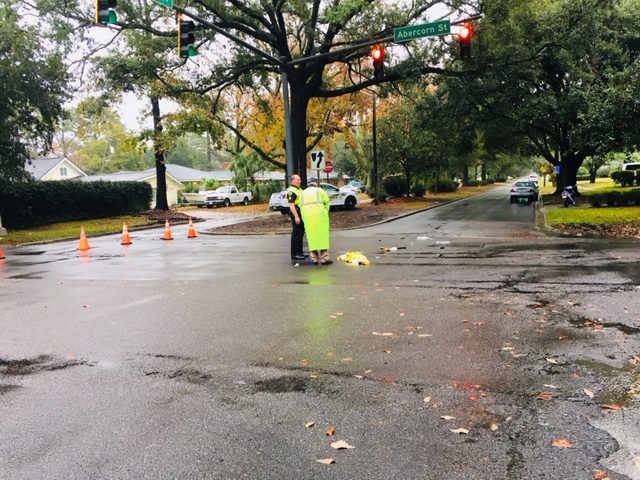 SAVANNAH, GA (December 14, 2018) – Savannah Police’s Traffic Investigation Unit is investigating a crash between a vehicle and a scooter that resulted in serious injuries.

About 12:50 p.m. today a Nissan Sentra, driven by Louise Penn, 90, of Savannah, was traveling east on Columbus Drive through the Abercorn Street intersection when her vehicle was struck by a scooter. An initial investigation revealed that the scooter, which was traveling north on Abercorn Street, ran the red light. The scooter’s driver, Louisa Cauldron, 22, of Savannah, was ejected from the scooter and sustained serious injuries. She was transported to Memorial Medical Center for treatment.